Jazz Age Britain is rife with the unspeakable.

From the shattered cities of the western front to the high occult parties of London, a monstrously altered hound stalks. Possessed by the mind of a ruthless German scientist, the beast pursues revenge against the man he blames for sealing him in this body–the Royal Occultist himself. But this is not the only surgical horror at work. Dedicated to giving the gods physical form, Dr. Ptolemy builds his own vessels for ancient beings and eldritch terrors, either on his own or alongside the Hound.

Only the Royal Occultist can stand resolute against these implacable foes.

Charles St. Cyprian and his assistant, Ebe Gallowglass, defend the British Empire against sinister secret societies, eldritch occurrences, and foul creatures of myth and legend. If there are satyrs running amok in Somerset, or werewolves prowling Wolverhampton, the daring duo will be there to see them off.

Casefiles of the Royal Occultist: Hochmuller’s Hound is the second installment of a series collecting all of Josh Reynolds’ Royal Occultist stories. This volume features two all-new, never before published stories revealing the first battles between St. Cyprian and the mad Dr. Ptolemy. 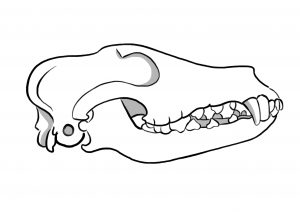 Be the first to review “Casefiles of the Royal Occultist (Volume 2): Hochmuller’s Hound” Cancel reply