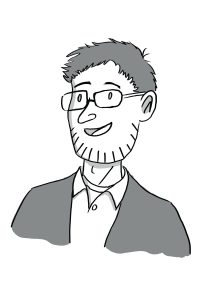 His fiction has appeared in Speakeasies and Spiritualists, Stranger Tales of the City, All the Petty Myths, Carnacki: The Lost Cases, Those Who Live Long Forgotten, and many other publications in print and online.

His non-fiction and columns have appeared in Occult Detective Quarterly, greydogtales, Cosmic Toyroom (forthcoming), Children of Time: the Companions of Doctor Who, Sargasso: The Journal of William Hope Hodgson Studies, and The Time Travel Nexus.

He has curated the collections Cryptid Clash! (with Josh Reynolds) & The Science of Deduction.

He is one of the co-hosts and co-producers of The Raconteur Roundtable, a podcast which features in-depth and intimate interviews with some of the best creators alive today, and was one of the founding hosts of the podcast it emerged from, the former Television Crossover Universe Podcast.

The majority of 18thWall’s non-series books are his domain. He serves as something between a managing editor, creative director, and curator. 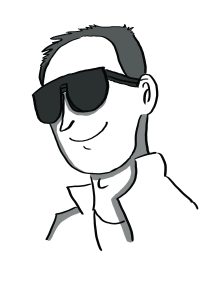 Ben Kasson is 18thWall Productions’s Chief Executive Officer Duobus. He is a former Cease, Cows poetry editor, as well as a winner of the Six Hundred and Sixty Six Bottles of Blood on the Wall 2013 drabble contest. Presently, he is one of the co-hosts and producers behind The Raconteur Roundtable, and the leading mind behind Those Who live Long Forgotten and Those Who Live Long Forgotten II. He served as editor-in-chief for Stony Brook University’s Spoke the Thunder literary magazine.

Pieces have also appeared in the charity collection Children of Time: The Companions of Doctor Who.

Most inquiries should be sent directly to James and Ben (aside from submissions). 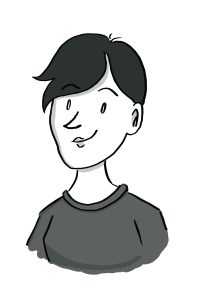 Nicole Petit is the Series Editor at 18thWall Productions. Every ongoing series is her domain, and kept well developed and well paced under her able hands. It’s not merely us saying this, The Preditors and Editors Readers’ Poll 2018 named her #1 Best Editor overall, and she has placed in the top three every year since 2016.

She wrote the September 2020 Doctor Who Subscriber Short Trip, “The Beast of Muir,” for Big Finish Productions.

She writes because no other job lets her sleep until noon. Fantasy is her forte, a sliver of genre right between urban fantasy and fairy tales.

She joined the company when James told her, “Write for us, and we’ll throw all the money at your face.”

You can reach her at nicolepetit@18thwall.com. 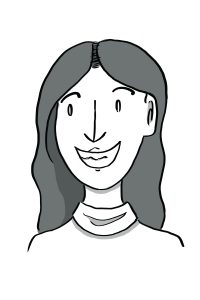 M.H. Norris’ mystery series, All the Petty Myths, combines forensics and mythology in a unique brew. The first volume featured the premiere novella “Midnight,” which won #2 Best Mystery Novel in the 2018 Preditors and Editors Readers’ Poll. Other stories in the collection took home #1 Science-Fiction/Fantasy Short Story and #1 Steampunk Short Story. The first full-length All the Petty Myths novel is forthcoming with Jazz Street, featuring the investigations of Dr. Rosella Tassoni.

Badge City: Notches, earned her the 2016 Pulp Ark New Pulp Award for Best Novella, and The Whole Art of Detection, took #4 Best Mystery in The 2016 Preditors and Editors Readers’ Poll. A historical fiction epic about the history of American animation, The Importance of Glass Slippers, is forthcoming from Altrix Books.

She wrote the December 2020 Doctor Who Subscriber Short Trip, “Crime at the Cinema,” for Big Finish Productions.

She is a regular contributor to The Stage 32 Blog. Her thoughts on some of the great (and not so great) moments of television can be found in future volumes of ATB Publishing’s line of Outside In non-fiction.

Her short fiction has appeared in The Lemon Herberts, Saucy Robot Stories, Glass Coin, Speakeasies and Spiritualists, and Silver Screen Sleuths. Her essay on K-9 was featured in the Doctor Who charity anthology Children of Time: The Companions of Doctor Who and she has written numerous articles for The Time Travel Nexus. She is co-host and co-producer on The Raconteur Roundtable, a popular podcast focused on in-depth, intimate interviews with authors, actors, and other creators.

You can always find her on Twitter at @Girlinpink44, and on her site www.mhnorris.com.

You can reach her at mhnorris@18thwall.com.