One of the best, and oft-heard pieces of writing advice next to “show don’t tell,” is to read more, watch more, research more. Constantly broaden your horizons.

Where better to do that than the place that lies between science and superstition?

Rod Serling developed the long running TV-series, The Twilight Zone, by combining two of his fascinations: the kind of pulp fiction he grew up reading, and deep dives into the subject of human nature. The original series pushed the boundaries of television for five years from 1959 to 1964. Entire books can and have been written on what The Twilight Zone did well, but for this short article I’m going to be picking out four episodes and pointing out one particular strength in the writing. Now, because of the nature of The Twilight Zone, the stories often hinge on twists. In order to talk about what they do right it may require me to say things that might spoil those. I’ll try my best not to ruin the mysteries, but if you want to go in completely blind I would recommend watching the episodes first if you haven’t already.

Whether you’re new to The Twilight Zone or an old fan, right now is an especially wonderful time to watch. You can tune into the annual marathons of The Twilight Zone on Syfy or on your local Decades channel right now (click through for schedules!). If you tune in, be sure to let us know your favorite one you caught! 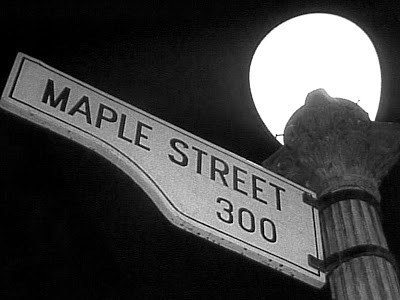 The Monsters Are Due On Maple Street – “Thinking Small”

Maple Street is a masterful use of the television medium, using the limitations of time and set to explore the effects of an alien invasion on a single neighborhood street. The concept of an alien invasion was a well worn sci-fi staple by then, but most stories explored this global event on an equally large scale.

With a runtime of 25 minutes, that would have been impossible, and more importantly, it would have been dull. So instead, the episode thinks smaller. Maple Street looks at what happens on a single neighborhood street during the world-shattering invasion event. This change in scale allows for the episode to take a deeper dive into elements of human nature and the effects of fear. Even as the street becomes isolated from the outside world, it becomes a microcosm of far more global events as paranoia and suspicion begin tearing down societal conventions. 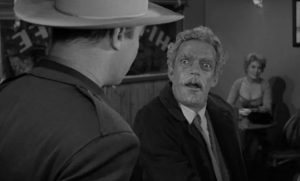 Will the Real Martian Please Stand Up? – Subverting Expectations (and not at the expense of audience enjoyment)

I always like to talk about these two episodes together, and they’re great fun to watch back to back. This episode aired in the second season, while Maple Street came near the end of the first. This episode is not a direct commentary on Maple Street, but it does play with a very similar premise. Like Maple Street, Will the Real Martian Please Stand Up? sets up the mystery of an alien invader in the midst of a small group of characters and explores their reactions. While the former is a serious look at the effects of fear and commentary on the political climate of the time, this one goes in a complete opposite and wildly comedic direction.

While every Twilight Zone episode is a great example of how to play with audience expectations, I like this one for the fact that it plays with what the audience knows will happen in a typical episode and takes things a way you don’t expect. It shows just how flexible the show was, which many people don’t give it enough credit for. It’s a testament to how well the episode is written that it doesn’t feel like a disappointment despite not providing the serious commentary many people watch the series for. It manages to pull this off in a few ways, but chiefly it still manages to provide a satisfying and coherent conclusion – even if it isn’t the immediate expected one. It also delivers on exactly what was promised. In the very beginning Rod Serling sets up a mystery to be solved and by the end it does just that. The episode still stays true to the spirit of the series, playing with conventions, delivering a tight script that still focuses on human nature (if less directly), and provides a shocking twist that makes sense in hindsight. 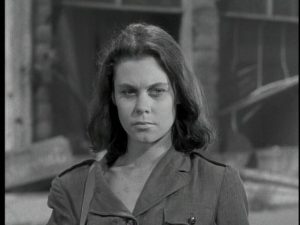 I mentioned “show don’t tell” earlier so it feels right to bring it on back and show just how it can be done. Two is an episode that focuses on two soldiers from opposite sides of a war meeting five years after the world-ending effects of said war. While the man, played by Charles Bronson, speaks English, the woman, played by Elizabeth Montgomery, does not. On top of that she only says one word during the entire episode, in a particularly weighty scene which sets off the climax.

Everything we learn about her is from context. Montgomery herself does excellent work carrying the weight of the script with her nonverbal acting. The rest of the episode also does an excellent job supporting her, from details such as the worn appearance of her uniform and the bombed out shell of a town that she wanders so hesitantly through. The standout scene comes when the woman accidentally walks into an army recruitment office, and finds herself surrounded by propaganda posters of the other side. For a series perhaps best known for the stellar narration by Rod Serling, this episode does fantastic things with the visual part of the televised medium. 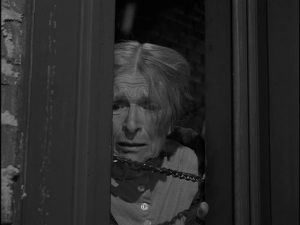 Nothing in the Dark – Creating Atmosphere

While most every Twilight Zone episode is incredibly atmospheric, Nothing in the Dark is an excellent example for not only how well the mood is established through the setting – but also for how this is used to further inform character, and strengthen the core theme of the story. The entire episode takes place in a dark, dilapidated apartment with the windows boarded and the door tightly locked. An old woman, afraid of being visited by Death, has spent years hiding there and the story revolves around her interaction with a young police officer she saves. Like Two, this setting does a lot to establish our protagonist without any need for exposition.

The oppressive setting also exacerbates the tension established by the story, putting the audience on edge. Nothing is wasted in an episode of The Twilight Zone, where even the set is used to its utmost to propel the story forward.

There’s so much more to those four episodes than these strengths, and so many more episodes to look at and learn from talented writers who explored that place that lies between the pit of man’s fears and the summit of his knowledge. But consider, if you will, that these episodes are an excellent place to start. 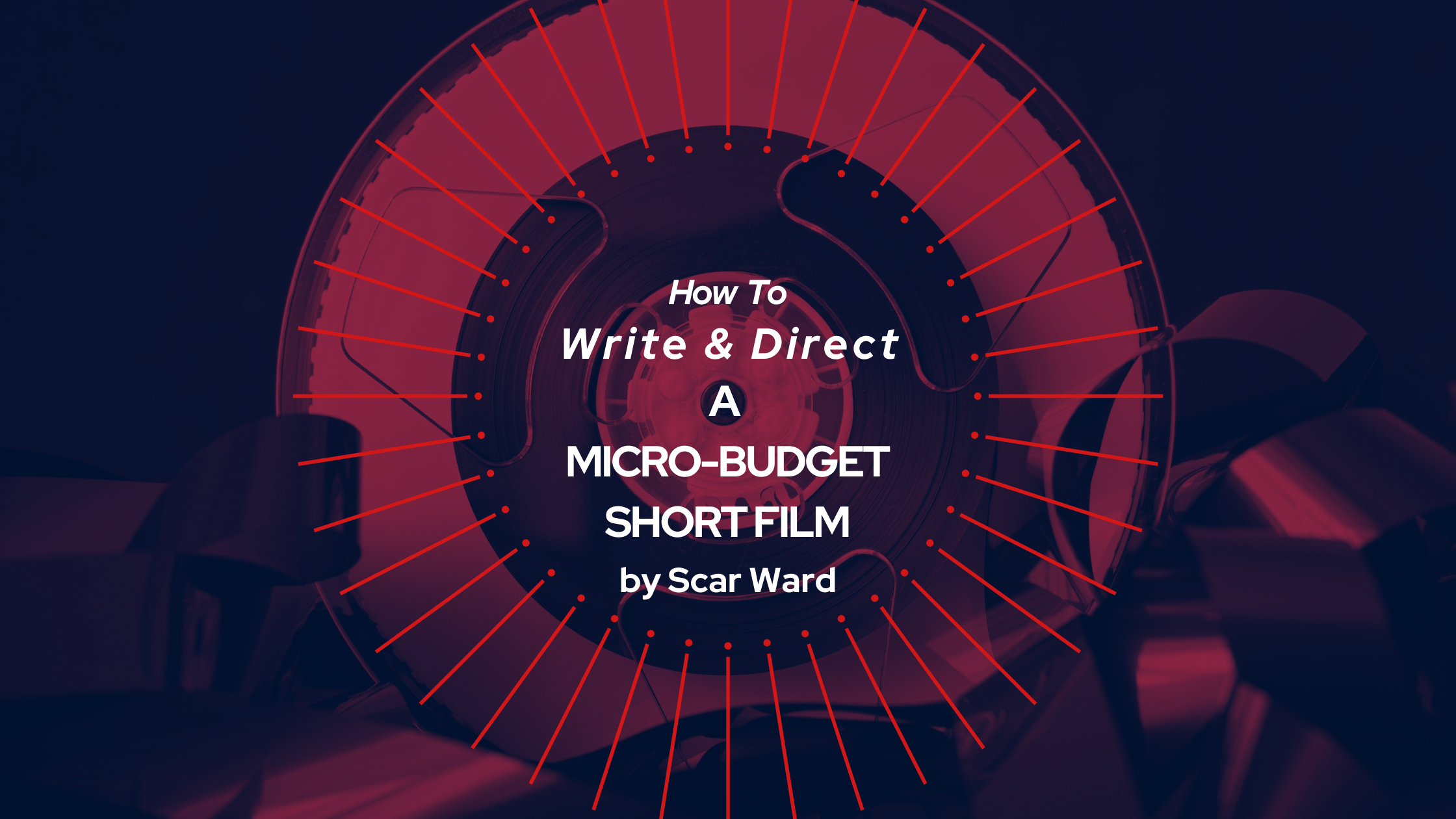 How to Write & Direct a Micro-Budget Short Film 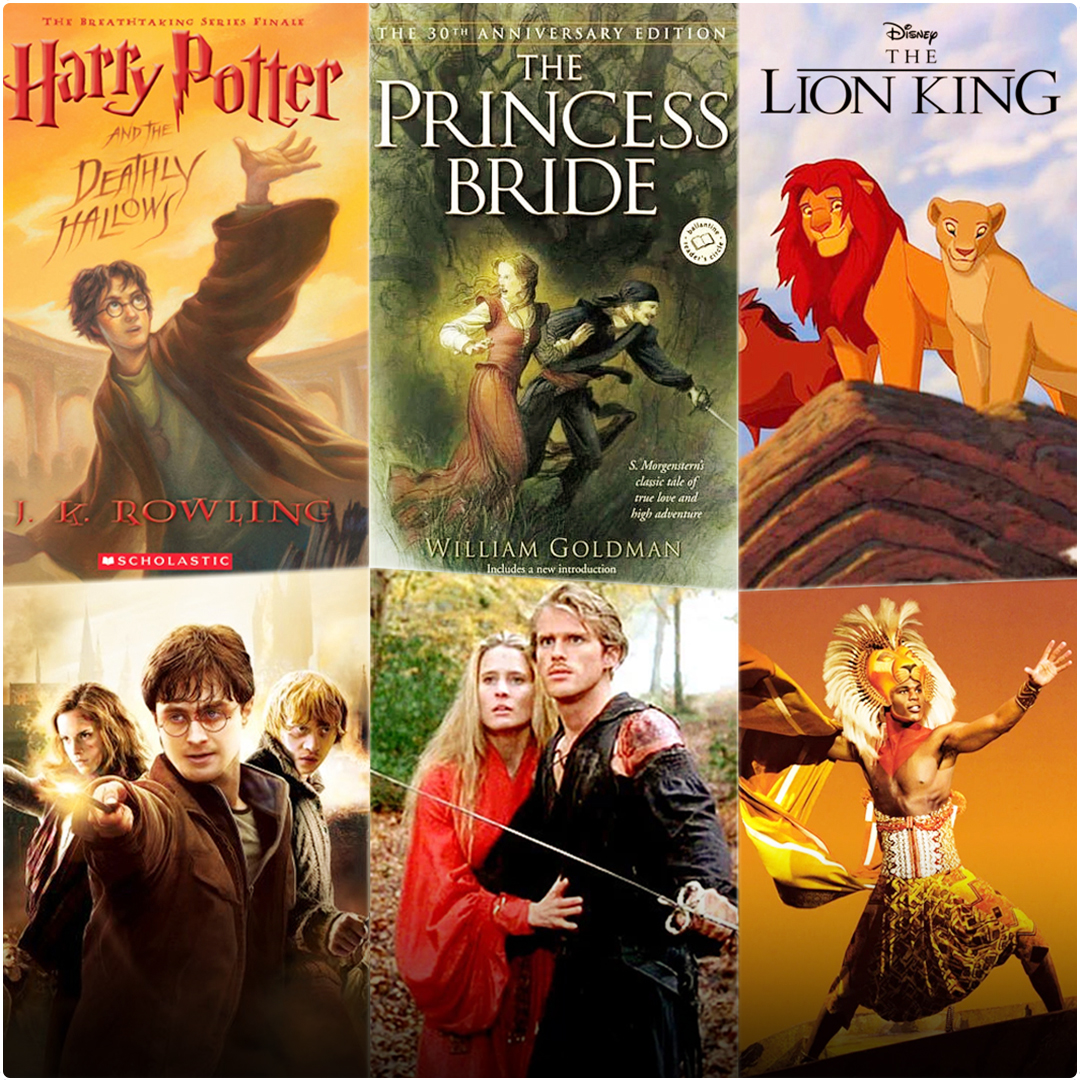