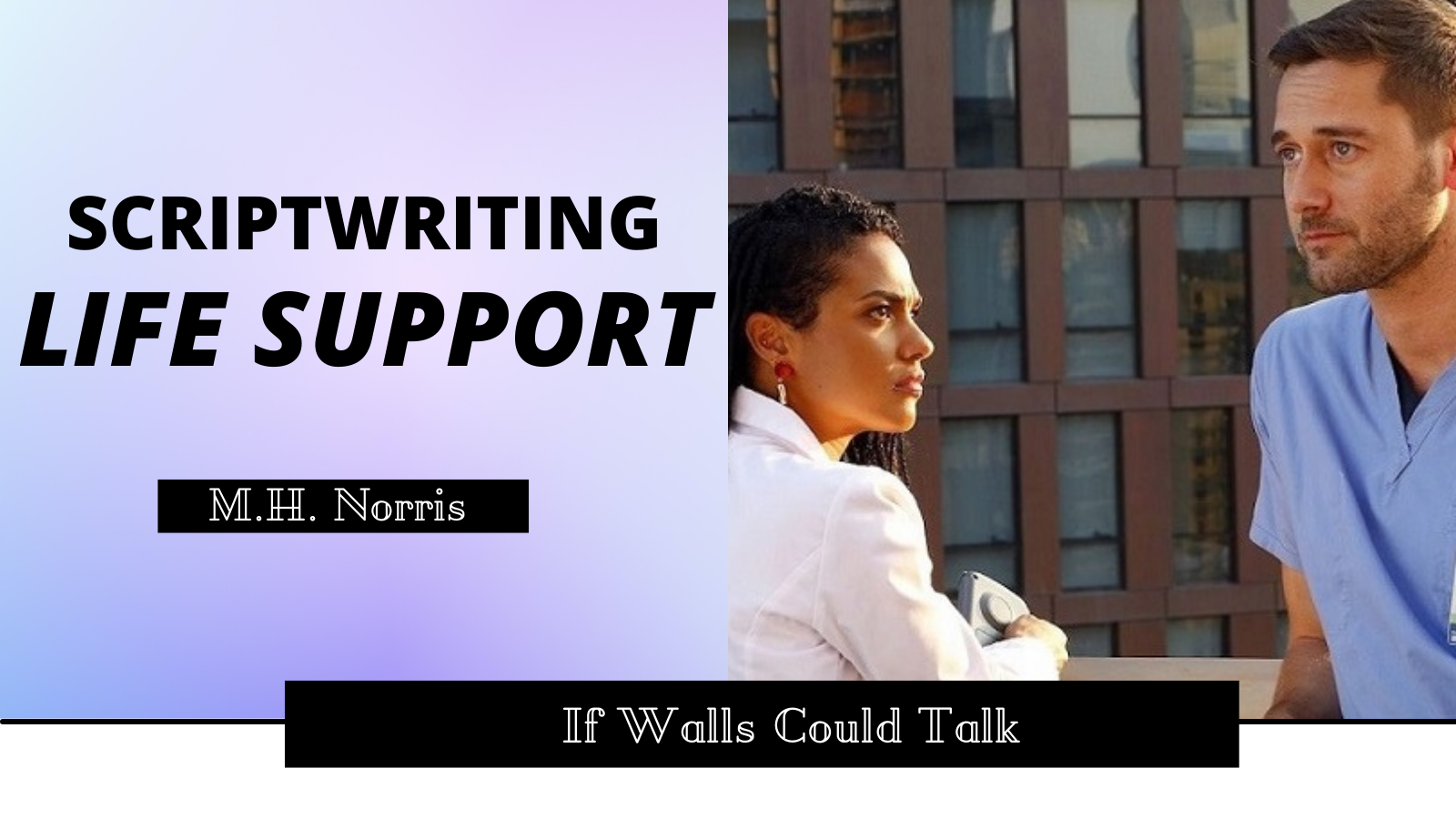 Three years ago, I called something that happened on TV over the last few weeks. So let’s talk about production and screenwriting.

I am a television junkie. I watch an obscene amount of it and am currently sulking because Summer means that a lot of shows have gone on hiatus for months. Though it does give me an excuse to go and catch up on streaming shows I’ve missed. One of my dreams is to write for television, so it is a topic I care deeply about. I study it in many ways: watching most of what’s aired, reading scripts, and absorbing what people in the industry have to say.

For those of you who haven’t been around long enough to catch me do a review post, let me fill you in on one of my foundational thoughts.

Without writing, television cannot function. 85% of all problems with modern television boil down to bad writing. As Alfred Hitchcock said, “To make a great film you need three things – the script, the script, and the script.” That’s all the more true in television, where writing is the main thing keeping audiences coming back week after week. When judging the quality of a script, I look at the pacing, the characters (and their development), and the story structure.

Watching bad television can provide more lessons to a writer than watching good. But, frankly, we do need the latter for our own sanity. Sometimes after weeks of watching weak shows, something well done is like a breath of fresh air.

Some of you are asking, “Mary Helen, you write books. Why are you talking to us about television?”

Writing is my passion in all of its forms. I enjoy sitting down every week and typing out thoughts to you. But I also love sitting down and working on fiction or screenplays. I’ve comprehensively studied television for six years and have watched almost every pilot that has aired in that time.

That said, when I find something well written, I adore it. Four years ago, I discovered New Amsterdam and found the writing to be well done for prime time broadcast television. At the end of their first season, they took the daring move of leaving it on a massive cliffhanger. Their reward was a rare triple renewal.

Which means that season four was the third and final guaranteed season. One of the comments I made at the time was that I was worried that the cushion of a triple renewal would mean that the writing team would grow complacent. I hoped they would prove me wrong.

The fourth season of New Amsterdam was by far the worst. It seemed like they lost the point of the show, the characters they’d spent three years developing, and the stories they wanted to tell.

How lost they felt showed up in the stories this season.

For those of you who don’t know, New Amsterdam is a medical drama that airs on NBC. Loosely based on the memoir Twelve Patients: Life and Death at Bellevue Hospital by Dr. Eric Manheimer, the story follows the adventures of New York’s largest (and oldest) public hospital that bears the same name as the show.

We enter the show with Dr. Max Goodwin, who is starting as New Amsterdam’s new Medical Director. Along the way we meet Dr. Helen Sharpe, Dr. Floyd Reynods, Dr. Lauren Bloom, Dr. Iggy Frome, and others.

When this show was announced, I stared at it and said, “Do we need another medical drama right now?” ABC seemed to be owning the market with Grey’s Anatomy and The Good Doctor and months earlier, Fox had debuted The Resident. CBS had Chicago Med.

Honestly, the main reason I gave this show a chance was for Freema Agyeman. I was excited to see her in a new role.

But as I mentioned, I came to enjoy it. Which was why I was so disappointed. Using the points I mentioned above, I’m going to break down the most recent finale.

While there is pacing within every episode, there is also pacing across an entire season. With television, it’s a delicate balance. Each episode needs to be its own unique story. But the season as a whole tends to tell a story as well, developing across each episode.

If you lean too heavily one way or the other, it shows. Unfortunately, New Amsterdam didn’t have a good balance.

The biggest problem with New Amsterdam was that the individual stories were lacking. Instead, we focused too much on the big picture. By doing that, it made the process drag out and led to terrible pacing.

That’s not to say you abandon the story entirely, but rather weave the two together. The two balance each other out. If you’d like a thorough exploration of pacing in modern television, see my article about the Doctor Who episode “Smile.”

2) Characters and their Development

By a show’s fourth season, we have a pretty good idea who these characters are. At this point, you are developing them in tandem with the overall story. You should avoid sudden reveals about a character’s backstory, or shifting characters’ motivation and relationships for the sake of a surprise or to do something different.

After a slow burn that took three seasons, Helen and Max seemed to be settling into a relationship. Iggy had settled after his dear friend had passed away.

More importantly for the sake of this argument, all of the main characters we had been following for years had settled into solid relationships. And it seemed as if, one by one, they imploded. The cliffhanger of the season is that one major relationship utterly collapsed out of nowhere.

My problem with this season was that the main cast were all out of character. They seemed lost. Iggy had an emotional affair and ruined his marriage. Lauren also fell apart for a variety of different reasons.

It seemed like every bit of character development got shoved out the window in the name of shaking things up, or advancing the season’s overarching plot.

How is a story built? How does it get from point A to point B?  You build the story scene by scene, making sure everything is supported by the overall structure. There’s an article in looking at this in depth, but for the moment, let’s look at the most zoomed out level of structure: the over-arching plot that ties together an entire season.

Like I mentioned, the story dragged out. Unfortunately, it wasn’t a big enough story to drag out the way they did. Week to week, the focus stayed on the season-long plot, with episode stories being relegated to glorified B-Plots.

If they had reversed that and woven the season story into the background, I might be writing a much different review.

Instead, we find that this thing that has taken up so much of the screen time is resolved in Episode 20 of 22. So for two episodes, the audience endures what should have been background material embedded in the beginning of the next season.

They had a much more effective cliffhanger to wrap up the season. At the end of Episode 20, Max is asked to leave New Amsterdam and work at another hospital. We’ve always been centered around Max and it would have been far more effective to have the cliffhanger focus on him (as a major B-Plot) as he  weighs where he will be happiest. At the hospital he loves and fought to save? Or across the ocean with the woman he loves?

Over and over, the show failed to deliver the feel good “Let’s change medicine for the better” story it’s been building for three years. They turned the overall direction into, “Let’s save New Amsterdam from itself.”

When you lose sight of what makes your show good, it shows up in the writing.

New Amsterdam returns in the Fall for its final season. I’m hoping that the showrunner and writing staff see all the lackluster reviews and course correct their way to the finish line.

In case any of you are seeing this, my opinion is to go back to the basics again. Some of the best endings bring everything full circle in a kiss.