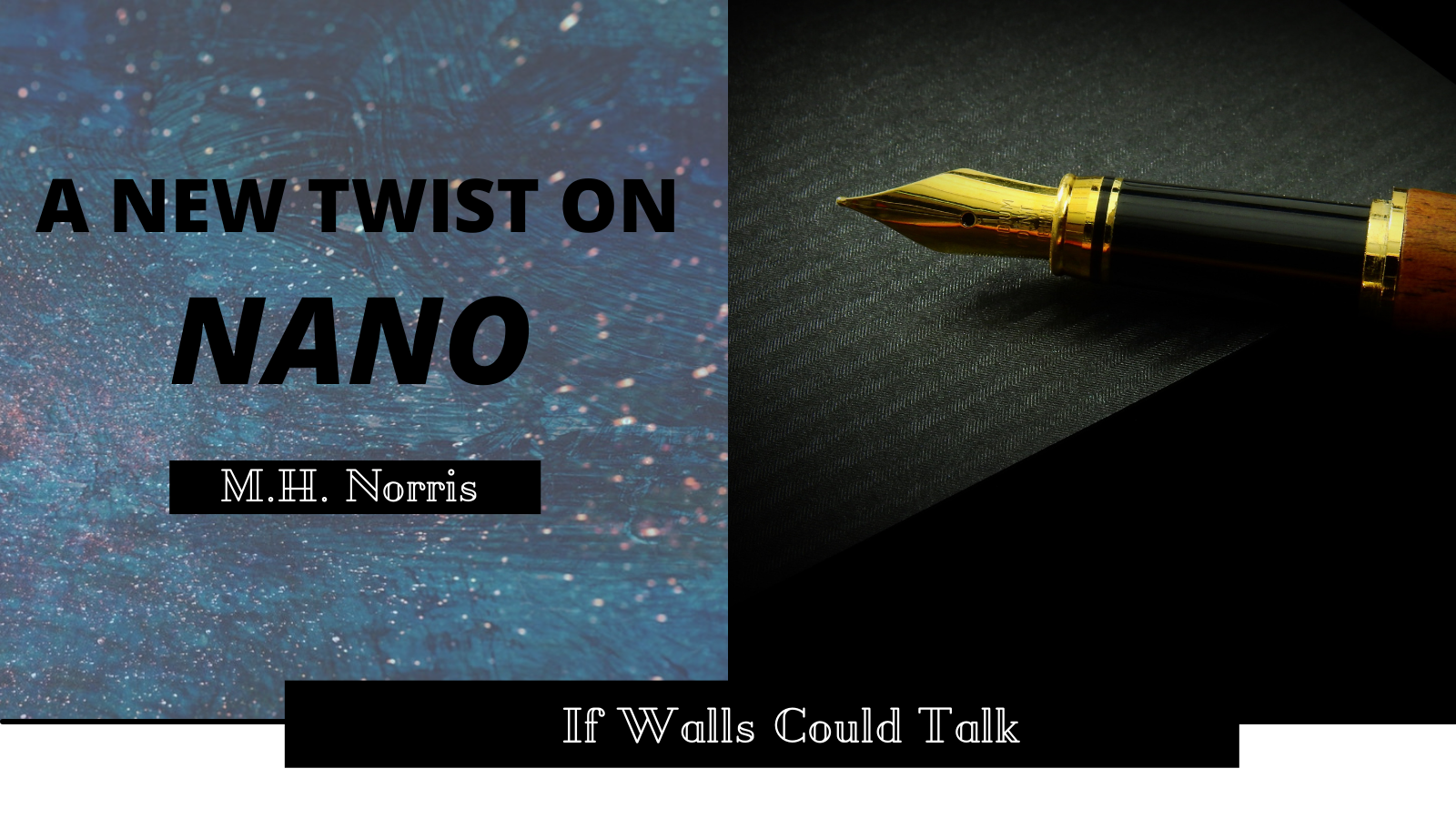 If Walls Could Talk: A New Twist on NaNo

I’ve been in a writing slump for the last…well, year. It’s part of the reason this column hasn’t happened. My writing happens in fits and spurts lately, and honestly, there are days where no matter how committed I am and how badly I want to put words on the page, it just doesn’t happen. Around the middle of September last year, I decided to do NaNoWriMo.

Yes, it’s time for the obligatory NaNoWriMo post (albeit in a different form). For those of you who don’t know, NaNoWriMo stands for National Novel Writing Month. The goal is to write 50,000 words in a single month. That equates to 1,667 words a day.

I’ve been doing it for about a decade now. In fact, I think this is my tenth year… 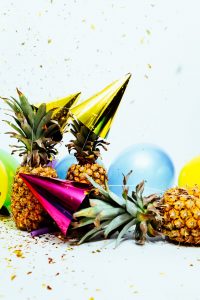 After 10 years, I deserve some confetti.

I’ve won some, I’ve lost some, I’ve pantsed (gone off the cuff with no preplanning and hoped for the best) and I’ve planned (outlines, character sketches, I’ve tried a few things over the years).

But, last year, I tried something different. Two years ago, my home region started a Discord server as a way to continue write-ins without meeting in person. We’ve kept the server alive and well since NaNoWriMo is discouraging in-person write-ins.

It’s worked fantastically for us. In fact, it increased the number of write-ins since the pressure to find a location and coordinate everything is off. People download the app and if they join they join and if they don’t they don’t. We’ve got a Sprinting Bot in our server that allows us to run sprints for a certain amount of time. We hop in with our word counts and then at the end of the time, we see who was the most productive.

In an attempt to try and break me out of this writing slump, and in a quest to force that daily writing habit back into my life, I decided to commit to attending as many of these as I could.

As this is the second year we’ve done this system, I’ve learned something about myself. Granted, I knew this to an extent but I’ve started to discover just how bad it is…

Like, the idea of racing to write the most words in a certain amount of time fuels my muse. I need to win which means I win in more ways than one. I get words on the page and I get the satisfaction of beating others in a sport that I’m actually able to function in. Honestly, it’s impressive that I’m so good at typing considering I really don’t have any hand-eye coordination. Go figure.

So here I sat with a goal of 1,667 words a day and a plethora of projects that needed my attention. My idea was that I could use this chance to try and establish a daily writing habit, something I’ve let slip over the last couple of years.

At over a week in, I’d been at most of the write-ins. The one I missed, I got to my computer as soon as I could and wrote for about the same amount of time. Day by day, it’d gotten a hair easier to get to that daily word count. Plus, it’s got me back into the swing. Honestly, I’d been more productive that month than I’d been the entire previous year and it felt great.

The trick of course was taking this opportunity and sustaining it December 1st and beyond. Here are some things I’ve discovered that might help you too.

To be honest, my attention span isn’t the best these days. There were times where I could sit at my computer and write for hours on end, but I find I can’t anymore. I get distracted, I go and check my emails, I go and play video games, read a book, find any excuse to get away from the computer.

One thing that’s worked really well for me is that we write in 15-30 minute bursts, take a few minute break, and then go again. We also change up the time so it’s different increments.

Writing in small bursts has helped me increase my productivity. I write for a bit, take a break, and then come back to it.

2) Write at a Similar Time

With a couple of exceptions, I sat down at the same time to write that entire month. As it went on, I noticed that my brain shifted into the right headspace for writing around that time. By saving time by already being in that mindset, it helped dramatically increase my productivity.

I also write for the same amount of time.

Let me be real and honest with you for a second. A lot of writers swear by the, “Oh, I love to write first thing in the morning and start my day with my craft.” And I’m sure that works great for them. But my brain is doing good to know what state I’m in before noon half the time, much less try and sort out a complicated plot and write coherent sentences.

I’m a night owl, a bit of an insomniac. Some of my best stuff has come at odd hours of the morning and sometimes that has been rogue Discord messages to my editor. It’s amusing to wake up to commentary from thoughts half-asleep me has had but there have been some gems in those musings.

Before, I wrote whenever I had the time. But sometimes, a negative to that approach would be that I would never have the time to write and then nothing would get done. By setting aside a certain time of day, I assure myself that I will write for at least that bit. If I write for more, then that’s fantastic. But I try my best to write for at least 90 minutes a day. Perhaps over time, I’ll extend that out. On days off that time may double or triple. It depends on where my head is, to be honest.

I’ve given this advice before. Some people firmly believe in working on one project and one project only but that has never been my style. At any given time, I have several going.

For example, right now I have two books, two projects I can’t wait to share with you guys but I’m not quite ready to talk about, and I’m trying to restart this column.

I finally forced myself to sit down and work on it and honestly, once I started typing up this article, it got easier to fall back into the swing of chatting with you guys like I have for years.

The benefit of this slightly unconventional advice is that it helps keep my head clear. It helps me to not get too close to a project that I can’t see the answer right in front of me. By switching projects, everything gets touched, everything gets my attention, and bit by bit I knock chunks out of my extremely long to-do list.

Some people might argue it’s best to work on one project, finish it, and then move on. And for a lot of people, that’s how their brain is wired. But for me, that doesn’t work.

I’ve learned a lot about myself as a writer over the course of doing NaNoWriMo for ten years. I’ve used this month to explore what works best for my system and then incorporate that into my projects other times of the year.

Oftentimes, over the course of my day job, I get asked about what advice I’d give to a writer. One of my favorite pieces is there is no right way to do this. Do you prefer to write in bed with music playing? Or do you need dead silence at the desk? TV on, or off? Morning, Afternoon, or Night? No one answer is right for everyone and, the thing is, if you want to succeed in this craft, you have to find a system that works for you.

I’m weeks away from the ninth anniversary of my first published short story (it’s incredibly hard to believe and sometimes I don’t) and I’ll be honest: I’ve grown so much as a writer. I’ve grown as a person. But in both departments, I’ve got a ways to go. I’m still learning about what works best to get my head in the right space to write.

For me, this last year of NaNoWriMo has become special. Did I win? Yes, with three days to spare. But it’s special for a more important reason:

This year’s NaNoWriMo gave me a gift that I didn’t expect. It helped me to learn something about myself as a writer.

And honestly, that is a major win for me.