A globe-trotting quest for the historical King Arthur’s sword

When Dr. Vivian Cuinnsey found Merlin’s tomb, she thought the adventure was over. But now her Merlin exhibition is attacked, drawing her back into danger. There’s just two problems. First, Jake Booker, treasure hunter and her former partner, is held captive by zealous students convinced he is stealing antiquities. Second, someone else wants Arthur’s sword.

In the present, Vivian and Jake are up against mercenaries, musty academics, and a mysterious swordsman in a two-fisted, and two-brained, adventure.

In the past, Merlin and the young King Arthur seek out the blade that will unite Britain. A dragonblade. A magical blade that will draw them deep into hostile Pict territory, where nothing is safe and allies are hard to come by.

From crusader tombs to elite fighting rings to the roaring roads of the Autobahn, chase Vivian and Jake in their pursuit of King Arthur’s blade. 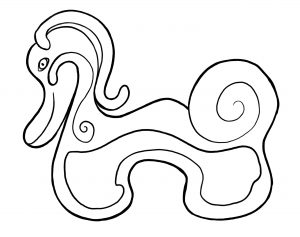 Also available from Amazon (US), AMAZON (CA), & Amazon (UK) in Kindle and PRINT.