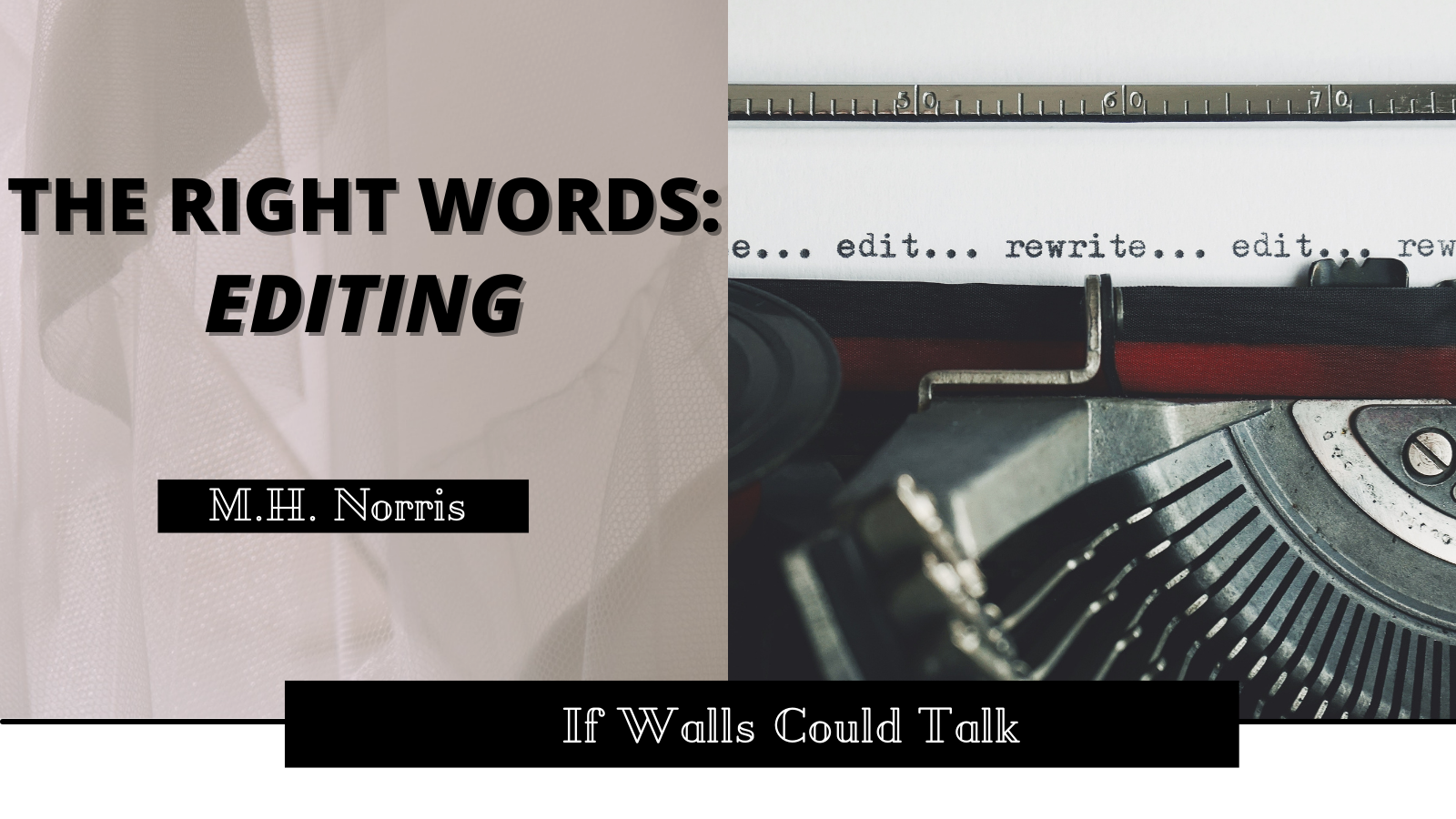 Everyone needs an editor. If someone is telling you they don’t, they’re either a brand new writer who is still figuring it out, or someone whose ego is so inflated that it’s become detrimental to their writing career.

Sorry if that seems blunt, but it’s what I’ve run into in my experience.

Editing is a fundamental part of any writing project. In fact, books may spend more time in editing than they do being actually written (depends on the writer – I know someone who cranks out their first drafts NaNoWriMo style then brings it up to snuff “in post”). Editing is where a book becomes a book.

There’s a lot more to editing than people think.

I’ve been on both sides here. On one hand, I’ve been the writer who has had their stuff picked apart by an editor. On the other, I’ve been the editor picking it apart. I’ve faced the red pen, and wielded it.

Most people think editing is nothing more than someone marking commas, spelling errors, and other textual corrections. But, as an editor, I don’t even do that on the first read through. That’s right, you read that correctly. Most editors make multiple passes when they edit a project.

As I mentioned earlier, there are multiple steps to editing. The idea that pops into people’s heads is what’s known as copyediting. We’ll get to that in a minute.

Let me walk you through my process. This also shows how many editors combine many types of editing as they tackle a project.

This is also known as manuscript appraisal.

Put simply, this is a broad view of the piece. At this stage, I’m not going to sit here and stop for an extended period and line edit. Right now, I’m looking at it in broad strokes.

I’m going to use editing an article as an example.

Someone turns in an article. Chances are it’s one I’ve assigned. Occasionally someone else on a team assigned it, or I get handed a pitch. The very first thing I do is give it a speed read.

What is this article saying?

What was it supposed to say?

Are the two close?

Did the article properly do what it was supposed to?

Hopefully those last two answers line-up the way I want. If they don’t, I immediately make a note. But I won’t send it back with nothing else done to it. It’s time for the second pass. This time, I go a bit deeper. What works, what doesn’t?

If the above answers don’t line up the way I want them to, this is when I try and figure out why. Why didn’t they? What’s caused the article to fall short of the goal? How can we fix this?

I dig more into paragraphs and a bit of sentence structure. Key words and points throughout.

My goal when I hand this back to the writer is that we have a solid foundation for a second draft. The main reason I don’t do a line edit here is because I’m not inclined to give myself more work. When I know a chunk of the article is going to be rewritten, why line edit it only to do it again? Why edit things that are being cut?

Once I finish my conceptual edit, I return the article to the author. We may go through this stage a couple of times before the article is ready for the next step.

This looks a little different in fiction. I save the conceptual edit for pitches, mainly. The author and I can compare notes on what I want out of (for example) an anthology I’m editing/curating, and what they want out of the story they’re writing. Once again, I’ll ask myself:

What did the guidelines say this pitch is supposed to be like?

Are the two close?

Did the pitch propose a story that matches the guidelines?

While I won’t edit a pitch’s grammar (that’s a bit of a faux pas), the rest of the process remains the same. If I commissioned someone’s pitch, I’ll work with them in the same way I would the article example.

Developmental editors help you get into your story and make it the best it can be. They will help you figure out your characters and their arcs, and help your plot become cohesive and sing.

A good developmental editor supports you. They’ll work to make sure your work is still your own. They’re there to give you paths to go down, and make sure you consider the best alternatives. They’ll be your sounding board, and they’ll give you options. They won’t dictate your characters and world, and they won’t make your story conform to their vision.

The very first question I ask is:

What do you want out of this book?

How can I help you get there?

I’ve realized I have so much to say about this that I’ll do a full article on developmental editing another time.

Now we get to what most people think of when they think of editing. At this point, I’m not making major changes to the piece. I may change some words around, strengthen verbs, and similar things. And, of course, punctuation. Some parts may be flagged for rewrites.

But we won’t be changing major things like the plot or characters at this stage.

If I’m perfectly honest (and I try to be when I write these), I’m a much better conceptual editor than I am a line editor. I feel more confident in that role and it comes easier to me.

In my opinion, a line edit is the last step before publication. Sometimes, I’ll make multiple passes through a project at this stage. Probably because I don’t trust myself to have not missed something important. And because making sure you look at it with fresh eyes is important.

When I first started out as a writer, I resented this step. To be honest, I had an inflated sense of how good I was back then. These days, I have the opposite problem. James is constantly having to remind me about how far I’ve come.

For me, the joy was in the initial creation. That rush to put a draft down was my favorite part.

These days, I’ve become resigned that that early draft is little more than a glorified outline. For me, that conceptual edit James and I do in-between drafts is fun. It’s almost like going back to a blank page. In fact, on the last two projects, I have.

Over the last ten years, I’ve really grown to appreciate the editing process. Don’t tell James, he’ll not let me give him grief if he hears that.

Once I got over the idea that editing was a sign of how bad a writer I am, I embraced it. Because editing is the opposite of that. The purpose of editing is to take your writing and bring out the best in it.

Everyone is telling a story. Whether you tell it with an article, short story, novella, or novel, you have your own unique spin to it.

If your editor is any good, they’ll take what you wrote and make sure it puts its best foot forward. Over my decade-long career, I’ve had good editors and I’ve had bad.

I’m truly lucky to have someone like James. Not only is he one of my best friends, but he’s a fantastic editor and has played a large role in who I am as a writer. He knew me before I had my first publishing credit and he’s stuck with me ever since.

So next time your editor drops an email into your inbox, think of it as an opportunity to make your story that much better. 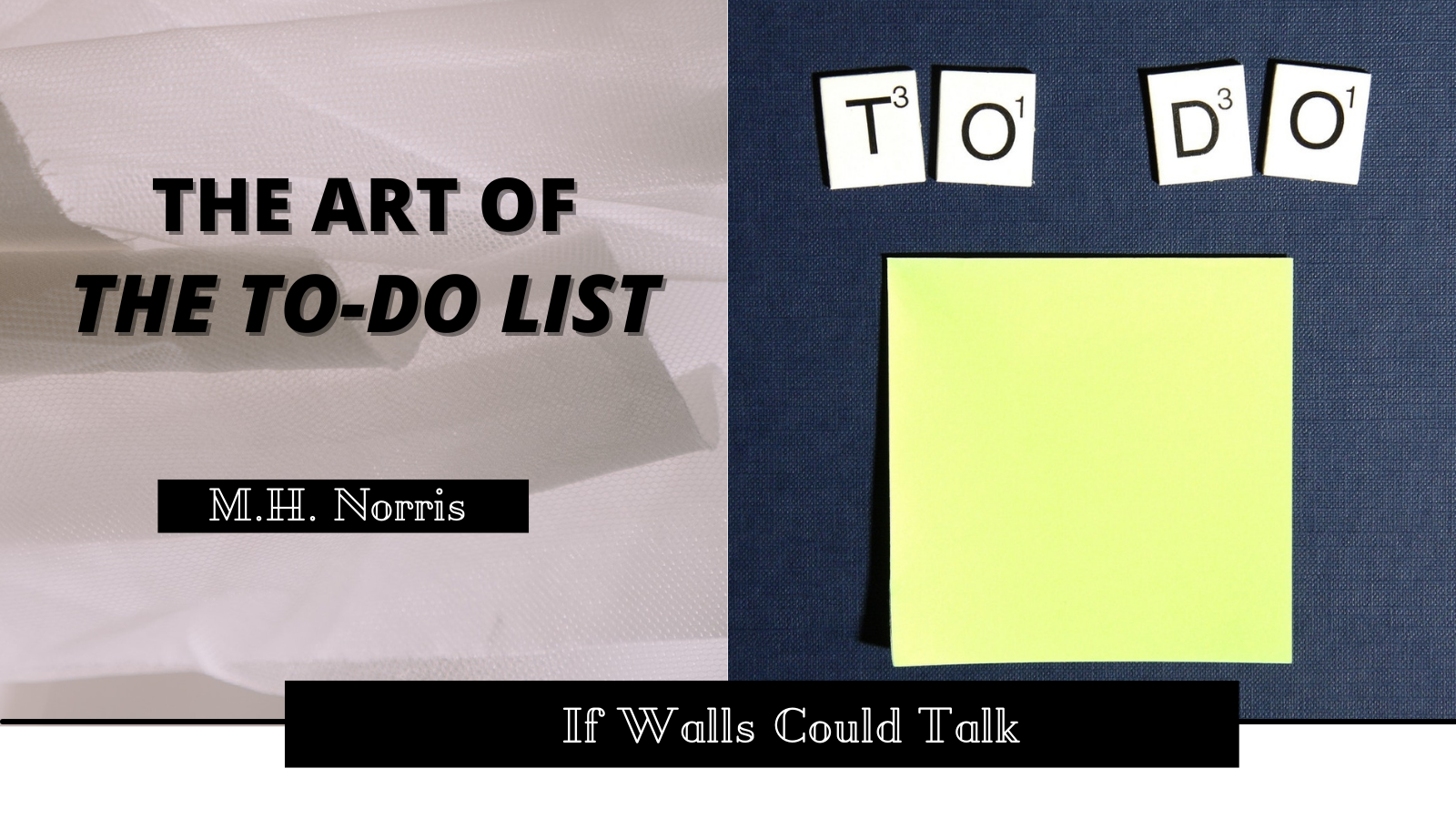 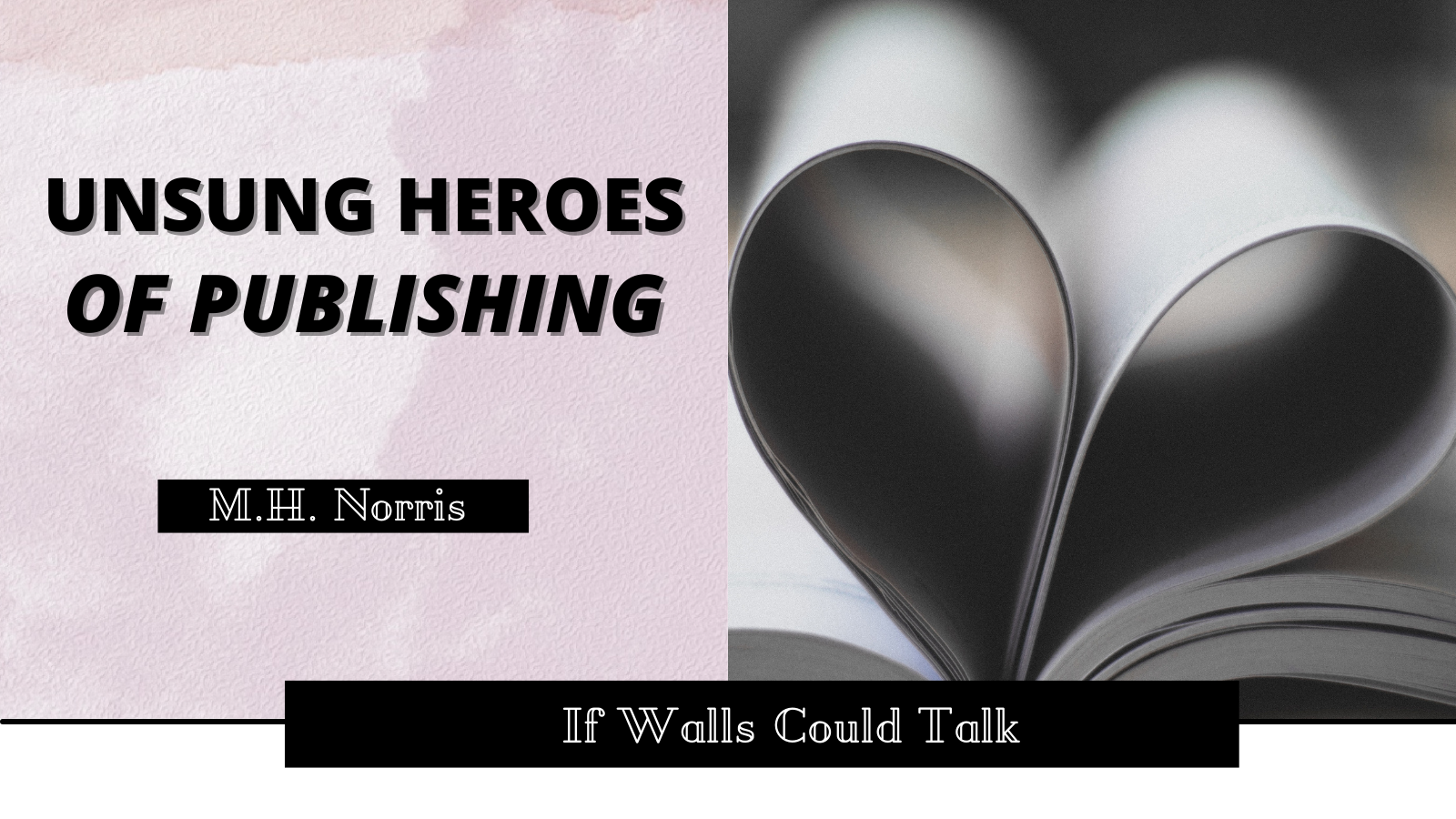 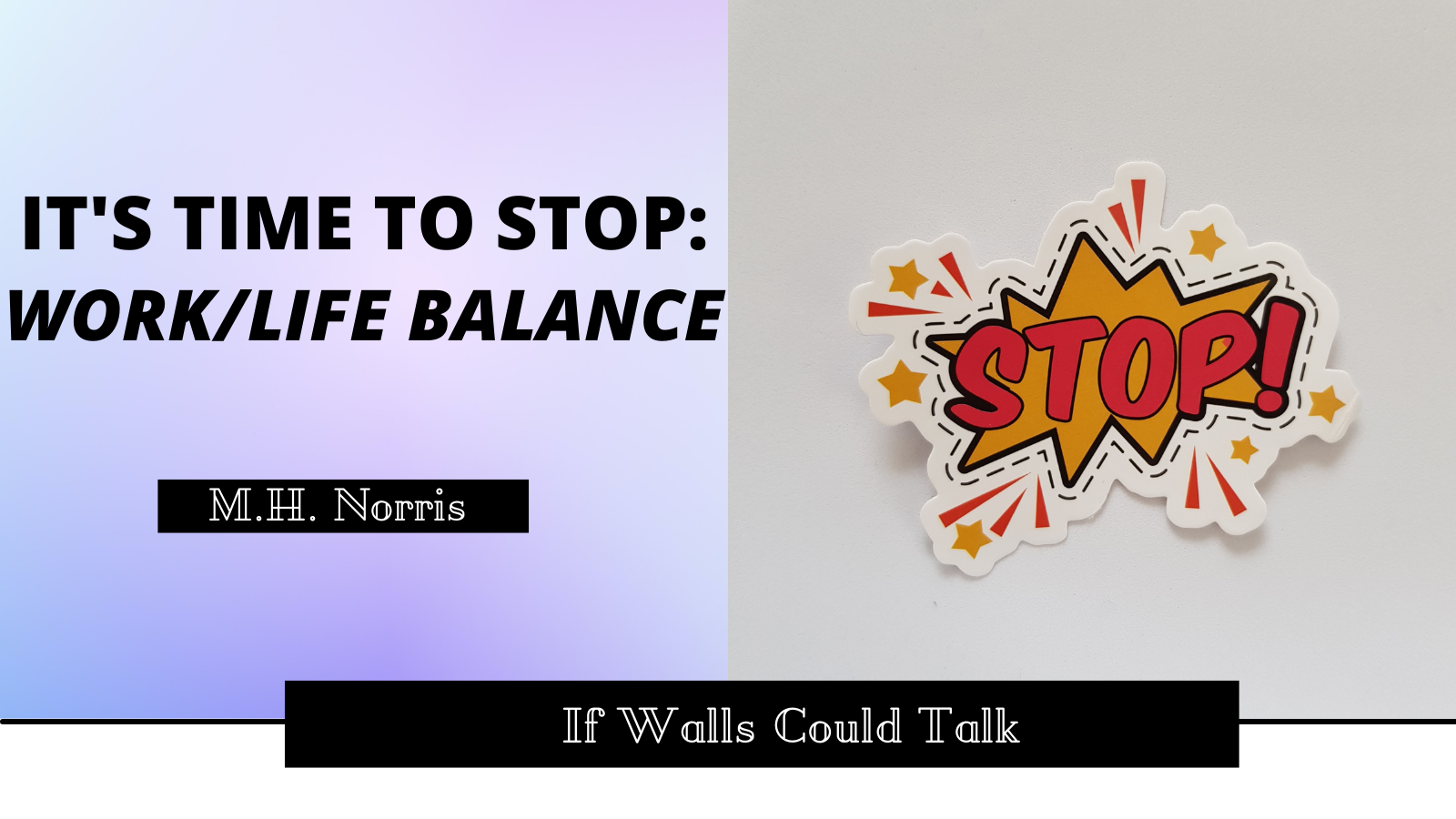