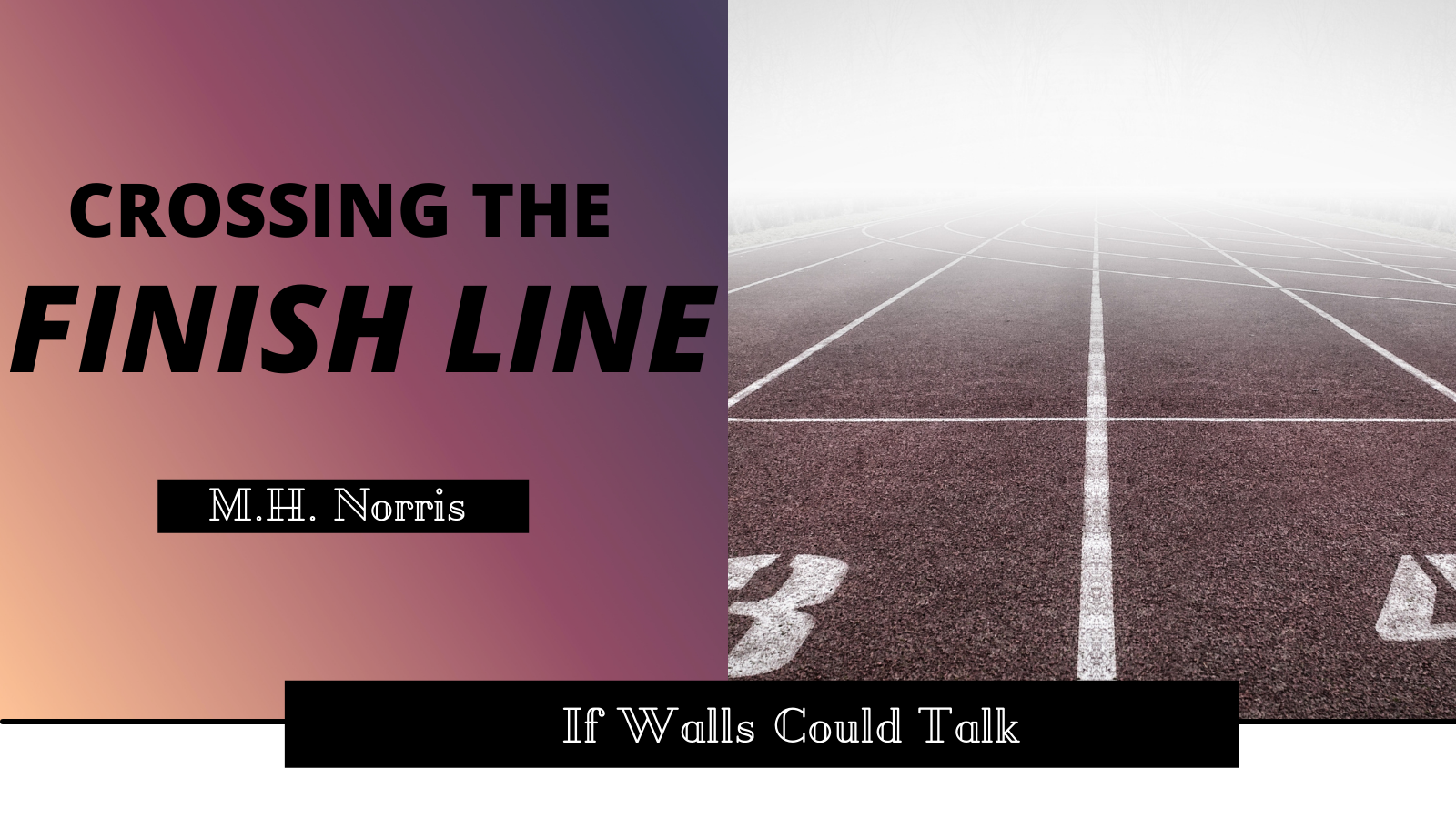 Before If Walls Could Talk returns on February 2nd, we’re running some of MH’s favorite pieces. This week, MH offers encouragement to finish your novel.

I’ve met a lot of very talented writers whose work you will probably never see, whose names you’ll never know. And it’s sad. There’s so much talent out there that will never see the light of day.

Because they’re afraid to finish anything. Or afraid to let it go out into the world.

Because it’s hard. Completing a project from start to finish can feel impossible. Following through with something as large as a book is a daunting task. Sure, it’s all sunshine and roses when you start and the idea is new and fresh…

But finishing – reaching that end. That’s what separates those who think they want to write and those that are serious about the craft.

Now that may sound a little harsh, but I decided not to sugar coat it for you this week. Because this is something that I’ve seen happen so many times. And it annoys me slightly. Mostly, it breaks my heart.

Because I’ve met some people with some real talent over the years that will never be seen because they have this problem with finishing. They’ll start something and then one of two things happens.

They either ditch the project a few scenes to half way through or they will not stop editing it. I’ve seen a project lose all sense of what it once was because the person creating it felt the need to make it better and to add more and more and more to make it bigger. Cause bigger is better, right?

Let’s take a moment to point something out. Your first writing project will be rubbish. It will be rough and you may hate every word you write. The middle will drive you mad and the end may feel like it’s falling flat.

That’s what editing is for.

But there’s nothing to edit if you don’t bother to finish.

It may seem harsh. But I saw the tweet I posted above and it lit a fire in me. One of the tips I love to offer new people is to tell them that they need to finish what they start.

While you may hate it. You’ll have a finished project.

And you know what?

If you can finish that first one, you can finish more. I remember when I won NaNoWriMo for the first time. Now, that’s a novel that will never see the light of day. But I had finished a story. I had written 50k in one month. And having reached that hurdle I felt like I could do anything.

And now? Now I’m looking at a 60k first draft for a contracted novel that will probably grow to 70-80k in the final version. That first 50k made all the difference.

How can you increase your chances of reaching that all-important finish line?

Whether it’s a writing group (in person or online), friends, other writers, a deadline like NaNoWriMo, sometimes what you need to make sure you finish is accountability.

Sometimes, you’re okay with letting yourself down. But the idea of letting others down is terrifying.

We don’t want people to be disappointed in us or think less of us because we don’t accomplish something we set out to do.

It also helps to have someone who will come alongside you, either encourage you or constantly ask about your progress. Someone who you have to answer to when you don’t make progress in a reasonable time or if you just stop cold.

2) Offer yourself a reward

If you finish this draft you will…

What will you do? Buy something you’ve been eyeing for a while? Make a day trip to somewhere nearby you haven’t made it to yet? Put a little extra money in your vacation fund?

You don’t have to call it a bribe – it’s more of an incentive. I’ve done it a few times. I did it this past weekend if I’m honest. I told myself if I got to a certain point in my writing, I could go to Universal on Sunday afternoon.

It was a good afternoon at the park, that was for sure.

Sometimes, that incentive gives you the push you need. When you want to slack off, it stops you.

It’s a daunting task. Even after having a few books under my belt, I get nervous when I start a new project because – let’s be honest – it’s scary.

But it’s worth it.

Let me say that again.

I’ve had a lot of ups and downs in my career so far. But I remember finishing Notches. I knew it needed editing. I knew it wasn’t completely done.

But a draft was done.

I held a novel that I had written from start to finish.

And it was done.

It’s a feeling of relief, of pride, of excitement. It’s a wonderful ego boost (look at me I finished a book).

Don’t cheat yourself by not finishing. Cross that finish line and finish. It will not be perfect. To be honest, that first draft may not even be good.

But it will be your story.

And you will have finished it.