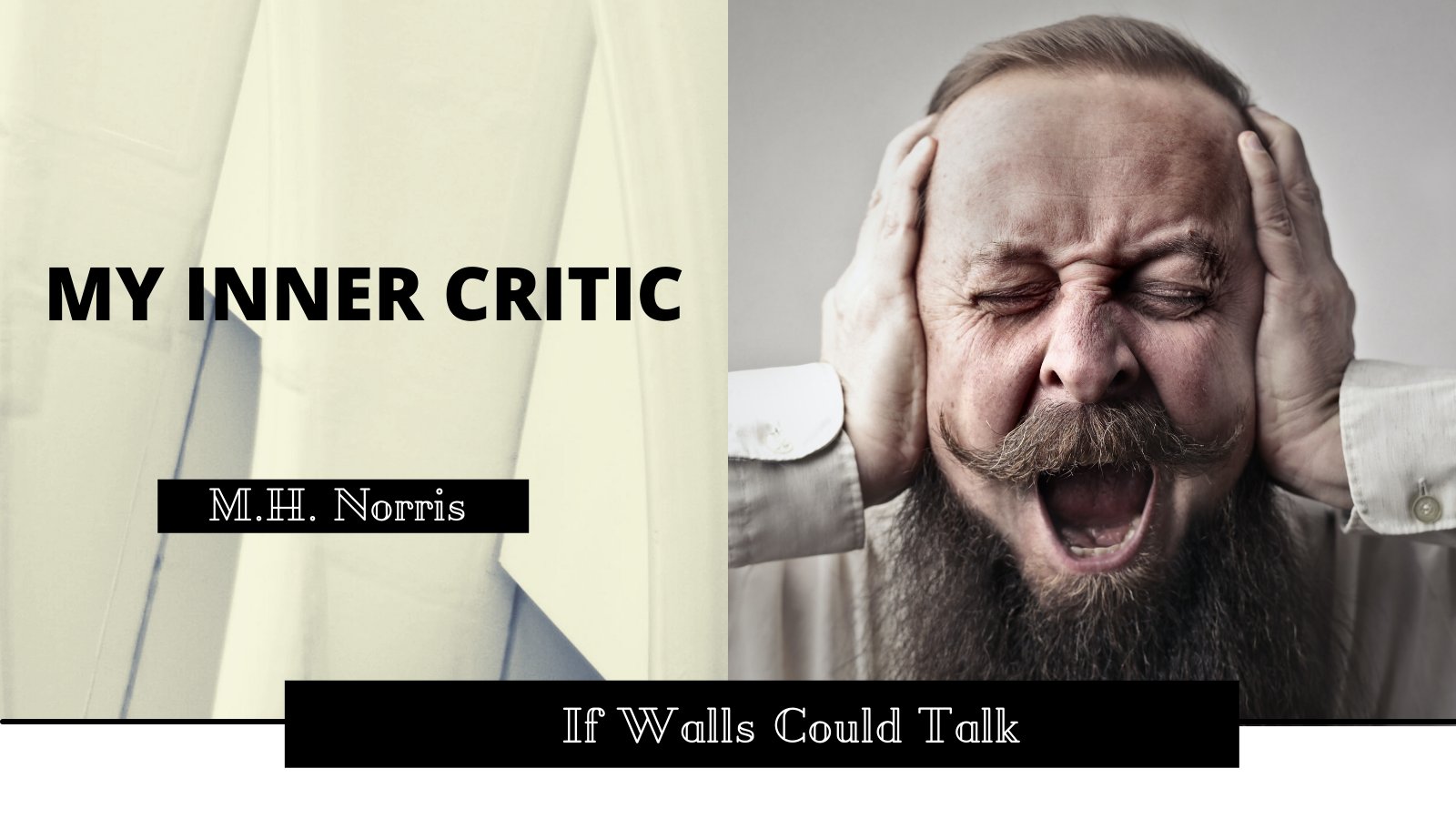 If Walls Could Talk: My Inner Critic

My inner critic is a nightmare. If there is a single factor that makes my work slow down, it’s that. Honestly, lately, as I’ve been dealing with everything, it’s gotten so bad that James has to step in and tell me it’s not as bad as I think it is.

But it wasn’t always that way.

About a decade ago, as I was starting out as a writer, I had a rather high opinion of my writing as a whole. I thought it was amazing and I had so much potential. The first day I took writing to share with the group, I was excited for them to tell me how good it was.

There was a small wake-up call at that moment.

The thing is, the more I improved in my craft, the harsher I got with myself. As I got closer to what I thought of myself back then, I thought I was getting worse.

Objectively, I’m aware that that isn’t the case. Subjectively, I think my writing is flat, inferior, and leaves a lot to be desired.

While I’m often preaching in this column about how writing a book takes a village, the truth is: there is a reason people think it’s solitary. Sometimes, it’s just you and the page. Sure, James is involved in plotting and editing. But when it comes to actually putting words on the page – that’s all me.

The last three years have been hard. Three years ago right now, I was in one of the most creative spaces I’d ever been in. I’d just moved into my first place, I had an office for the first time, and after work every day, I’d sit down and write for a couple of hours.

Things crashed down, multiple times. And at times, it feels like the projects I was working on then will never get finished. I’ve been saying for three years that Rosella’s next story is coming. The point is, as writers, sometimes our biggest enemy is our inner critic. While there is value in listening to it, sometimes we get in our own heads.

And sometimes, we let that inner critic bleed into other areas of our lives. As we enter May and Mental Health Awareness Month, it’s important to note that there is a fine line between that critic helping and hurting.

Unfortunately, I am on the wrong side of the line far too often.

As I mentioned at the start of this article, sometimes my inner critic is so bad, I can’t write. I open the document to one of the two books I’m currently working on and freeze. Sure, I have an outline, I’ve done the research, but how can I do all that work justice?

How will my writing live up to my (far too high) expectations?

For those of you who are familiar with the Enneagram, I’m a Type 1. They’ve tried to relabel it as “The Reformer” instead of “The Perfectionist.” Honestly, I was never bothered with the old title. Because it’s accurate. One of my biggest strengths and weaknesses is my inner critic.

On one hand, it drives me to constantly grow as a writer. I’m always striving to do better and be better.

But as I mentioned, the dark side of it sometimes outweighs the good.

How can you battle your inner critic?

As silly as it sounds, positive affirmations help. The better your mindset, the easier it is to overcome that inner critic. I have an app I use that posts affirmations to my phone throughout the day. Sometimes all it takes is something simple to help me remind myself that things aren’t as bad as my brain is making me think they are.

Accountability helps. While writing can be very solitary, you need support. Whether it be a trusted friend or editor or a writing group, surround yourself with people who will both talk you up and tell you when things aren’t good.

Most importantly, you need to figure out for yourself when your inner critic is helping and when it’s hindering your progress. Trust me, I’m aware it’s easier said than done. This is really a time where I have to practice what I preach.

Entering Mental Health Awareness Month, I think it’s the perfect time to examine this common problem writers face. Is your inner critic helping or hindering your work? If it’s hindering, why? Honestly, I don’t have the answer to that question myself.

A couple of weeks ago, I was working on a scene for one of my projects. I had done hours of research and had several pages of notes for what would happen. I figured this scene would stretch to be several thousand words and I was excited to see it take shape because it’s important to the story.

To my dismay, when I wrote it out, I couldn’t stretch it out to more than 1,500 words. Which frustrated me and my inner critic had a field day.

Subjectively, I felt like I’d failed the story in a sense.

Objectively, I’m aware that I may add more to it in a later pass.

But when my inner critic really gets going, it’s hard to view things objectively. Sometimes logic chucks itself out the metaphorical window. And that’s the problem. I’m struggling to reign it in and use it as a tool instead of a detriment.

It’s something I’m working on. And if it’s a problem for you too, know that you’re not alone. Most if not all of us face this problem over the course of our careers.

We just need to figure out how to stay on the right side of the line.