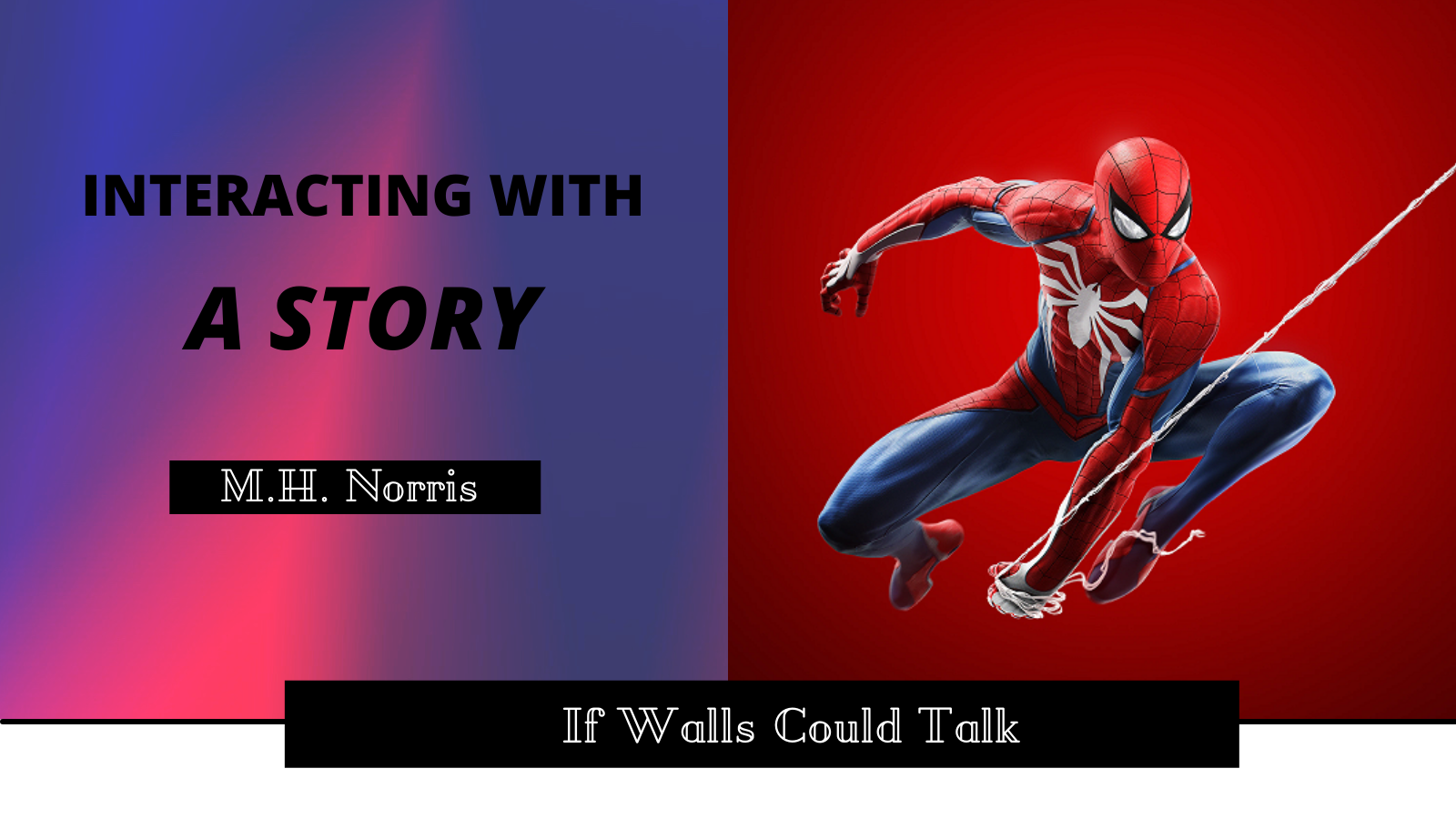 If Walls Could Talk: Interacting with a Story

It seems like a lot of my posts since bringing this column back are about me searching for inspiration. It’s probably because even though I’m getting slightly better, it feels like most days my tank is running on fumes.

Even after almost two years, I’m struggling to put words on a page. So I go out and seek inspiration. At theme parks, in books (I’m up to 27 finished so far this year!), trying to catch up on my television shows, movies, and, lately, video games.

For me, video games have become an outlet. My brother and I own a PS4, I have a Switch, and I’m into PC gaming. Though, if we’re perfectly honest, I bought the switch mainly to play Pokémon. I have been branching out and playing other things as well. There are so many exciting games coming out, especially this year.

But in the last couple of months, I’ve played through two games and started a third that are fascinating not just because of gameplay but because of the story. Today, I want to talk about one in particular.

I’ve been a huge fan of Spider-Man for about twenty years. Between him and Iron Man, it’s a fight as to who is my favorite.

I remember Toby Maguire’s movies coming out and seeing them in theaters. I remember playing the tie-in games on my GameCube. The second was by far the superior game as it had a more open-world style. You could swing all over New York City and there were tons of side quests to complete and crimes to stop. It was a blast. You even helped him deliver pizza.

In 2017, Sony announced an Open World Spider-Man game for the PlayStation 4. At the time, I didn’t have a PS4 so I resigned myself to not getting the chance to play it. Eventually, I finally did get a PS4. But between moving to Florida and back, my brother having several internships that were hundreds of miles apart, my brother getting married and moving out (with the PS4 in hand) – getting the time to play through that game was definitely easier said than done.

But this week, I finally did it. I beat the game. Not just beat. Marvel’s Spider-Man gets the distinction of being the first video game that I have ever 100% completed.

So over the course of months, I’ve been playing through this game and getting the story in bits and pieces. Mary Jane and Peter are on a break. Peter evicted and his Aunt helping him. Norman Osborne and Otto Octavius occupying the same game (and I sat there wondering who would show their true face first).

The game starts simple. Of course, there’s the main storyline you can follow but there’s so much else to do. There are different side things that you can complete as you swing around the island of Manhattan. The island is divided into neighborhoods and as you unlock more via the main story, there’s more to explore.

The earlier acts revolve around a discouraged Otto . He’s creating the infamous arms in a way to help him even when his body fails. Throughout the first act of the game, we build up to the reveal and announcement of a third enemy. So, we’re establishing three potential main villains. When one of the names on that list is Norman Osborne, I’m sure it’s him.

Over the last few weeks, I’ve gotten more intentional about finishing this game. And I’m glad I did. As I’m writing this, I’m riding the high that comes with a really satisfying video game. Honestly, this game has made me consider joining the hunt for a PS5 myself after I save up for one so that I can play both Miles Morales and the upcoming sequel.

There’s been a lot of Spider-Man released in the last twenty years. But this may be one of my favorite adaptations of the comics. The story was complex, the gameplay was unlike anything I’ve seen a Spidey game do, and it was such a fun experience. And as a nerd, when I tell you I screamed when all six were on screen together, I freaked. Arriving at that point was one of the most satisfying story moments in a video game I’ve ever experienced.

So yes. My tank is empty but games like this help fill it. Some may call video games a waste of time – but for a writer, they can be what inspires. The amount of writing that goes into it – the complex storylines that some games bring to the table – should be commended. A video game allows its player to directly interact with the story. It lets you shape it, in a sense.

It allows you to touch something you love and to see new ways it can be brought to life. Spider-Man excited me in a way a lot of games have lately.

So share with me on Twitter what your favorite games are? What has the best story? What did you blitz through because the storyline was so compelling? What do I have to play?

And tell me if it helped inspire you to write a story of your own. Because Spider-Man did that for me. It helped to fill the tank.