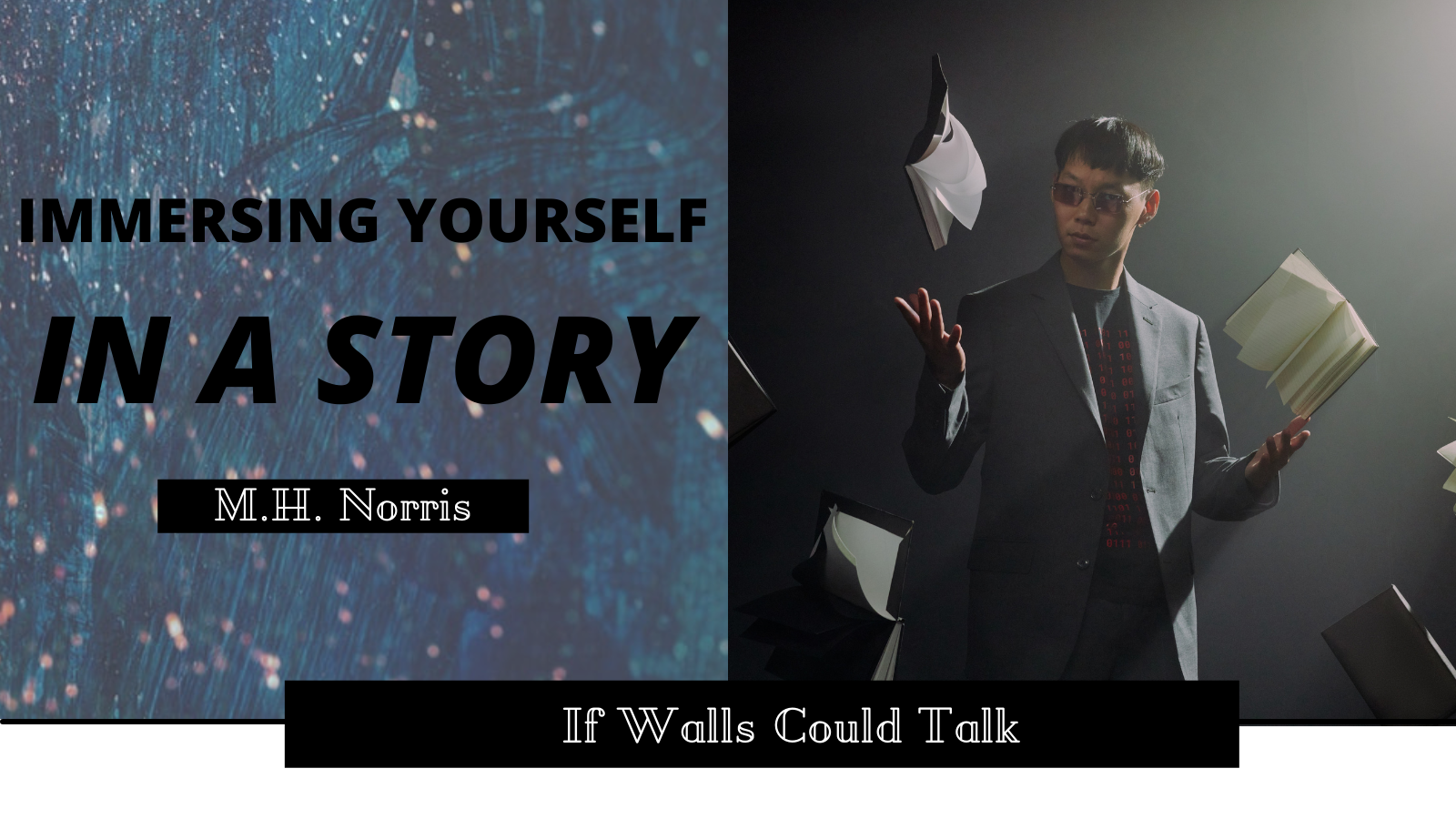 If Walls Could Talk: Immersing Yourself in a Story

In honor of the opening of the Galactic Starcruiser at Walt Disney World this week, I’m taking the time to shout out to one of my favorite truly immersive story experiences, Universal Orlando Resort.

I’ve been an annual pass holder off and on for three years now (the off was during the height of the Pandemic) and Universal has truly become one of my favorite places on this planet. The entire idea of the park is to ride the movies (or books, if you enter Islands of Adventures). This approach enabled them to create fun and immersive experiences surrounding beloved characters, franchises, and stories.

This past week, I’ve been to the parks quite a few times which has given me the chance to cut loose, have fun, and experience stories in a way I can’t quite anywhere else.

What stands out here that you can’t get from other places? Let me try and break it down for you. To do so, I’m going to highlight some of my favorite areas in the park.

This classic ride was, until this week, my favorite roller coaster on the planet. Located in Islands of Adventure’s Marvel Superhero Island, this ride opened to the public in 1999. For a coaster going on 23 years old, it holds up better than most, if not (almost) all, coasters built after.

One thing Universal does so well is that they create stories around each and every ride. So, how do you create a story where the roller coaster is a part of it?

Well, let me tell you.

As a rider, you are a volunteer to participate in an experiment based on the research of Dr. Bruce Banner. You are encouraged to “Embrace the Hulk.” The ride is you doing so.

On top of that, there’s the ride queue itself. The interior of the line looks like a giant laboratory and there are Marvel Easter Eggs located throughout (and a Stan Lee reference that I appreciate; if you go, see if you can find it).

Even the announcements and the safety briefing are in theme. Universal goes out of its way to make sure that every facet of this ride fits in and tells one gigantic story.

As a result, you find an otherwise boring line fun. This is extremely beneficial considering you can have nothing with you (no phones, coins, cups, or loose articles of any kind – do I sound like I’m repeating an announcement I heard several times the other day?). Lights change with the launching of a coaster. There are even videos simulating other participants in the experiment. You feel that you are a research subject, inside a mad science project.

First off, let me start this section by saying that this coaster is absolutely worth the hype. By far, it is the best coaster I’ve been on (and I say that as a coaster fiend). Part of that is due to how they mesh the story with a phenomenal coaster.

This ride takes place before the first movie of the sequel series. In a quest to give Jurassic World guests what they want, the powers that be have installed a roller coaster in the Raptor Paddock. You’re invited to go in an up-close and personal encounter with these dinosaurs.

In line, you learn about the work put into creating these rides. Animated DNA appears to briefly discuss of how the dinosaurs are made. Above you, an in-universe promotional video for the ride plays. As this is Jurassic Park, there are hints of darker elements. Owen and Claire argue over if this ride is safe for guests. “There will be virtually nothing between you and four wild, hungry animals.”

All of this to say nothing of two breathtaking raptor animatronics, whose nostrils flare as they draw breath and eyes focus as they watch guests warily.

Instead of centering this last point on a specific ride, I want to focus on an entire section of the park. As most people know, there are two Harry Potter-themed areas: Hogsmeade in Islands of Adventure and Diagon Alley in Universal Studios. By far, the superior area is Diagon Alley.

The first time I walked in, I cried. It was decorated for Christmas; even without that, it’s overwhelmingly beautiful. You can visit a lot of shops that are mentioned in the books, and if you can’t visit, they are represented with storefronts. With most of the alley falling in the shade for large chunks of the day, it’s one of the cooler areas in the park, which is fitting considering the climate difference between London and Orlando.

They’ve crafted a lived-in world where every brick and wall feels like it has history, in a blend of architectural styles that looks as though the area has been built over several times.

Even the shows they plant here are immersive. By far, my favorite is Celestina Warbeck. They stage it as she’s doing a live show in the Alley but it’s broadcasting over the Wizarding Wireless Network. Through the jazzy swing numbers we see a fuller picture of the world.

The Value of Immersive Storytelling

What can you learn from this?

As writers, we are continuously told to show not tell. With immersive storytelling, you have no choice but to show constantly. Walk through an area like this when you get the chance. Compare it to what you read in the books. Write down what you see, hear, feel, smell, and taste (there are lots of food options around, many of them themed as well). Immerse yourself in this immersive experience.

Then, turn around and give your own work the same treatment.

The senses are the most powerful tool in you kit. But don’t just take my word for it, let’s see what Ray Bradbury has to say about this. This is from “How to Keep and Feed a Muse,” easily found in his collection Zen in the Art of Writing.

In your reading, find books to improve your color sense, your sense of shape and size in the world. Why not learn about the senses of smell and hearing? Your characters must sometimes use their noses and ears or they may miss half the smells and sounds of the city, and all of the sounds of the wilderness still loose in the trees and on the lawns of the city.

Why all this insistence on the senses? Because in order to convince your reader that he is there, you must assault each of his senses, in turn, with color, sound, taste, and texture. If your reader feels the sun on his flesh, the wind fluttering his shirt sleeves, half your fight is won. The most improbable tales can be made believable, if your reader, through his senses, feels certain that he stands at the middle of events. He cannot refuse, then, to participate. The logic of events always gives way to the logic of the senses.

What would you do if you had to show at every opportunity?

In this article, I haven’t even scratched the surface. I’ve only brushed it. Every ride, every show, every novel, every story has its own unique bit that adds to the overall experience.

As a storyteller, taking them all in is a way to recharge. To see stories in a different way can help with recharging your batteries. Also, I’m a thrill seeker who loves any and every excuse I can find to go on a coaster. Part of the reason my two favorites are at Universal is that they’re immersive.

The takeaway here (and last week too, if we’re honest) is that writing can be exhausting.

We are constantly pouring out our words, our ideas, and even pieces of ourselves into the page. You should have multiple outlets to refill your tanks.

Make sure you do something this week that brings you joy and fills your creative tank. Your work will thank you for it.