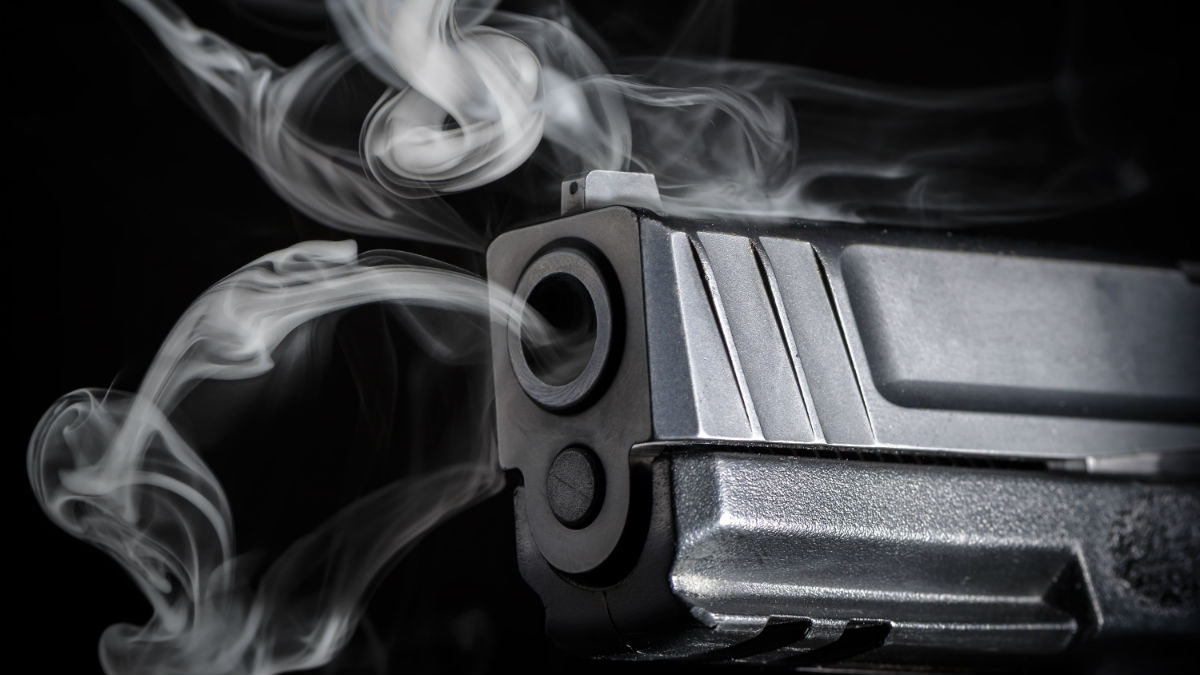 If Walls Could Talk: Firing the Smoking Gun

I’ll be honest with y’all, I have not had the most productive start. I’ve done some research, but as for putting actual words on the paper I’ve had a rather lackluster start to the year.

Monday was probably one of my more active writing days of the year and I spent most of it working on a submission pitch. I have this really fun idea for a mystery and all the details were falling into place, it really felt like I had my writing mojo back.

But there was one detail that (as of when I’m writing this, maybe I will have it figured out before this posts) continues to elude me.

What is a smoking gun?

Merriam Webster defines a smoking gun as, “something that serves as conclusive evidence or proof (as of a crime or scientific theory).”

Basically, The Smoking Gun is the one piece of evidence that ties it all together and allows the protagonist to connect the dots and figure out who did it.

In this case of this proposal, I know who did it and I know why (which is odd because we all know my struggle with motive) but not how my protagonist can figure it out.

I’m trying a few things to see if I can figure it out, so I want to share those ideas with all of you.

Far too often, we take a mystery from beginning to end. Sometimes, you have to turn it around to see something you might not have seen.

In the Psych episode “9 Lives,” Henry illustrates this point to his son, Shawn using a cereal box and the toy found inside. When it came to the case adult Shawn was working on in the episode, that piece of advice came to mind and he used it to find his smoking gun and solve the crime.

Sometimes, you’re looking in the wrong place for your answer. Is the smoking fun something they find later but saw earlier and didn’t realize it’s value? Take a look at your story and maybe you’ve already planted it.

2) Get Inside Your Antagonist’s Head

Chances are, like any other antagonist, yours has gone to great lengths to try and hide whatever crime it was they committed. That’s what makes it fun for both your protagonist and readers when they finally get caught. No one likes a case that’s too easy.

You’ve had to get in their heads a bit. Even the littlest things can be a smoking gun. Something from their day job, a handwriting sample can tell you a lot about a person. Where they did buy anything they used? Did they use something distinct. Why?

These questions can be used to map out a way for your protagonist to find the answers and that might lead you to a smoking gun.

Sometimes, I get a little crazy with index cards (or  the walls at the study rooms I’ve mentioned a few times before) and map out the crime with as many details that come to mind. I ask myself questions and then find answers.

If this than how do we get there and why…

Fill in with the details of your story.

Even if you don’t end up using every single thing you research and map out, it might help you get to the heart of the story. I’ve left stuff on the “cutting room floor” quite a few times while writing my mysteries. But that piece might have been cut to allow a bigger piece to get the notice and recognition it deserved and maybe the cut piece helped you find it.

A great example of this is “Chuck vs. Santa Claus,” the season three Christmas episode. On top of being a fun spoof of Die Hard it indirectly does this. Colonel John Casey is in the Buy More at the beginning of the episode but before they all get taken hostage he somehow is out and then is in Castle. Ironically, we never completely bridge the gap unless you go to the deleted scenes which shows him having run out to get more wrapping paper (apparently they’re so against using Large Mart that Casey went to another shopping center because he was in his car). That allowed Casey to come in another way which then helped put the pieces in motion to resolve the issue in the episode. Indirectly, that deleted scene bridges the gap that allows them to discover the piece they’re missing later.

I’m still working on finding my smoking fun for this. And once I do, I’ll think it was the most obvious thing and wonder why it took me days to nail down. But such is the life of a mystery writer and it’s honestly half the fun.

If Walls Could Talk: Tis the Season to Find Balance!