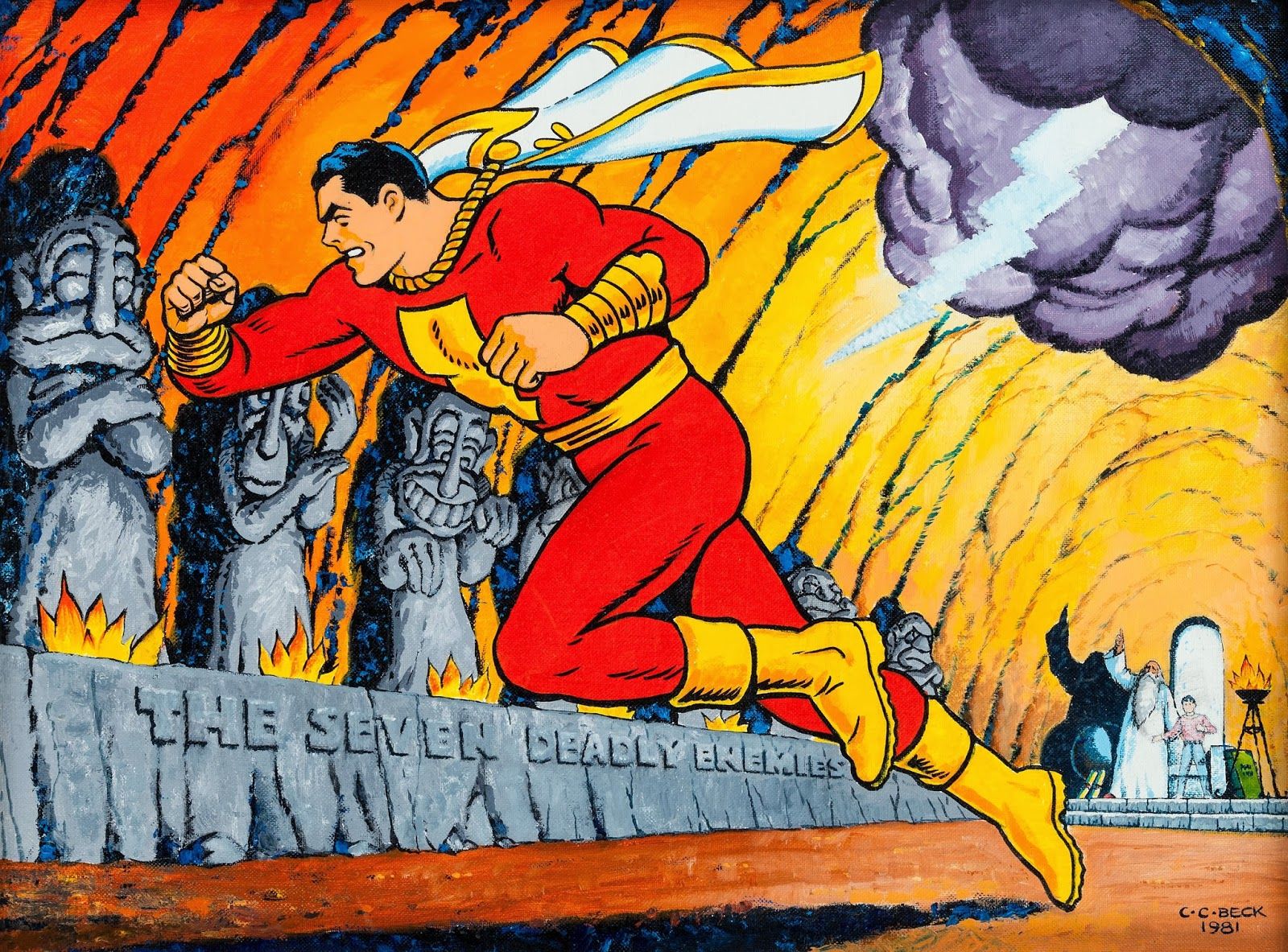 If Walls Could Talk: DC Did the Impossible – I’m Excited for One of Their Movies

Another year of San Diego Comic Con is behind us and if you’re like me and couldn’t be there in person, you were glued to social media trying to absorb every little bit of news you could. What is your favorite television series doing next season? What movies gave their first look?

In a surprising move, Marvel Comics did not have a panel there. It could be for a variety of reasons, whenever they drop something for the yet-to-be-named Avengers 4, they will have no trouble getting the word out.

I’m a Marvel girl. That might be because I love the MCU or because it’s my brother’s preference and that’s what was around the house. Either way, I can function in a conversation about Marvel lore (to an extent) but take me to DC Comics and I’m clueless.

For those of you who know, last October, DC Comics gave me a surprising birthday present. They cast Zachary Levi as Shazam (Captain Marvel) which was due out in April 2019. He filmed in the early part of this year and I heard chatter that we might get a first look at the movie here.

Before I go to talk reactions, let’s take a look at the DCEU, or the World of DC as they attempting to rebrand it. In the fight at the box office, DC has lost miserably to Marvel in critical response, fan response, box office, and total gross.

Let me add the disclaimer that I haven’t seen any of the DCEU films (yes that includes Wonder Woman).

But the impression I’ve gotten from listening to my fellow nerds chatter is that the films are extremely dark and serious in tone and people were wanting something a bit lighter (to say nothing of editing, acting, and cinematographic failures–but that’s another topic).

When they said we were going to get a first look at Shazam, I honestly expected about what we got for Doctor Who. A quick not-quite-a-minute look where we just get a taste. I figured, with Aquaman due out in December, that they were focus there and I’d have to wait a bit longer to get a larger taste of Levi’s new movie.

To say I was pleasantly surprised is an understatement.

When I heard he was going to be in a DC movie, I knew I would be going opening night and supporting the film because I want it to do well. I think it’s time Zachary Levi got the recognition he deserves.

But, I found myself looking forward to a movie for reasons beyond the lead actor.

So what did DC do right?

1) They didn’t give too much away

You look at the trailer and you see the origin story. That’s not a giveaway because we all knew it would come. You see specific references so you can tell how they’re pulling from the comics . It teases some of the fun that we’ll have as this origin story unfolds.

What it doesn’t give us is much about the big bad, the climax of the movie. There are two quick shots that I think highlight scenes towards the end of the movie but until I see it, I won’t know for sure.

2) They tell you the tone

Zachary Levi said something interesting on Instagram shortly after the trailer dropped. He mentioned how he was thrilled at the response and that he thinks it shows you the tone and themes of the movie really well.

That tells you that while this trailer is really light-hearted, there’s not a dark movie hiding around it.

Fans have been crying for a lighter movie from years. I’ve seen it on my newsfeed.

And here it is.

Let’s take a second to talk about this. I’ve made it no secret that I want to someday work in the television industry. So when things like SDCC come around, I watch how people brand and promote their work.

DC did a marvelous job here at not only exciting their existing fanbase but getting the attention of people outside that small, shrinking group.

Not only did they gave a really impressive first look, they paired it with some fun interviews and let the cast sell it a bit. For me, when a cast clicks on and off the set, it shines through and Zac gets along with the kids.

I stand by teleportation. I stand by it, and I will fight anyone who disagrees. Come at muh! 👊 https://t.co/nyzkEG7X5e

Take a look at that video during the Shazam panel. It’s one of my favorites because they’re talking about favorite superpowers, then tctually tie it in to the trailer. That’s a great touch.

I guess what I’m getting to here is that as authors, we have to be our own marketing team. Sure, we have our publishers to help us but unless you’re lucky enough to land a big one, and even then, you have to learn to market yourself. Whether it’s making graphics, releasing ARCs, or some other stunt, we have to be the person to push our work. I’ll do a post on that soon!

For me, SDCC is often the land of questionable marketing decisions. And trust me, there were a few of those as well.

But, DC Comics did a good job here.