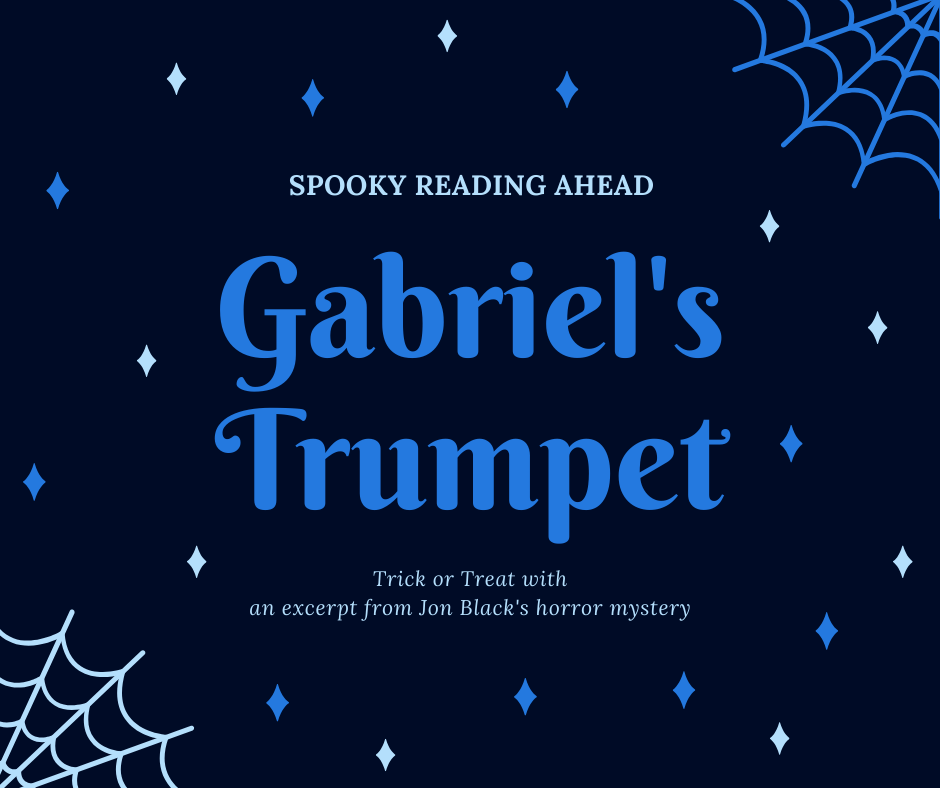 As it would turn out, it was all Scientific American’s fault.

Marcus’s part in the matter began as he sat in the ASPR headquarters reading room in New York, absorbed in a folder provided by another investigator. The case involved an alleged poltergeist in rural Maryland. His colleague’s file overflowed with accounts of dramatic nocturnal activity: chairs sliding across the floor, pots and vases flying from cabinets, and even heavy bookcases tipping over.

He carefully scrutinized photographs of the property owner, one of the most ardent believers in the poltergeist, taken by the investigator. Most of the photos offered little of note, showing a typical middle-aged man who had done a mediocre job taking care of himself. Then something caught Marcus’s eye. Thin, discolored marks encircled the man’s wrists and ankles. To a trained observer, the abrasions and mild burns indicated where rope or twine had bitten into flesh.

Taking his pen, Marcus circled the marks in the photos and made a simple note at the top of each, “Fraud.” With unscrupulous individuals all over America seeking to cash in on the spiritualist craze, this was not the first time Marcus discovered this simple but effective ruse behind “poltergeists” moving objects at a distance. He suspected it would not be the last.

The sound of laughter disturbed Marcus as he formulated a more expansive note to add to the file. Glancing up, he saw three society members whispering among themselves at the opposite end of the room. One, a well-bred Knickerbocker named Theodore Fenno, had initially served as a mentor to Marcus when he joined the ASPR. Taking the younger fellow Ivy-Leaguer and presumed society man in hand, he showed him the ropes. In the following weeks though, Fenno had cooled, put off by a certain seaport flatness to Marcus’s vowels and proletarian family origins which Marcus did not advertise but did not deny either.

Not actively seeking to eavesdrop, Marcus could not avoid overhearing bits of their conversation, picking out phrases like “Yankee Farmer,” “Scribbler,” and “Immigrant Showman.” He heard Fenno comment “Too many of that sort of person,” before the men furtively glanced at Marcus. “And, of course, fishmongers,” Fenno added in a stage whisper, sending his companions back into laughter.

There could be no mistaking the meaning of their statements. The men were discussing the Margery investigation.

Throughout the early 1920s, Scientific American had covered spiritualist phenomenon within its pages. Officially, the magazine took an agnostic editorial line: not validating spiritualism but remaining open to the possibility such validation might be forthcoming. In truth, it was little different from the publication’s handling of relativity and quantum mechanics.

Early in 1924, to drive up readership, the magazine offered a $2,500 prize to anyone who could demonstrate physical mediumship under scientific controls. The contest required candidates to demonstrate telekinesis, the moving of objects, or other material manifestations; not merely ESP, believed to be too subjective for evaluation. Scientific American appointed a board of experts to judge prospective mediums. While not an ASPR investigation per se, its judges included several highly regarded members of the society, thus thoroughly entangling the ASPR in the matter.

After judges had refuted several other candidates, their attention now focused on a purported medium named Mina Crandon, the wife of Dr. Le Roi Crandon, a prominent Boston physician. To protect the family’s privacy during the investigation, the rest of the world knew Mina Crandon simply as “Margery.”

As the investigation progressed, cleavages appeared within the society between members predisposed to sympathy toward mediums and those who, to Marcus’s way of thinking, brought the rigors of the scientific method to such questions. The issue involved class as well. Coincidently or not, the most skeptical of the judges were self-made men.

Walter Franklin Prince, the ASPR’s research director, was the “Yankee Farmer.” Born to a Maine agricultural family, Prince progressed through careers as an Episcopal minister and psychologist before landing in parapsychology. The “immigrant showman,” escape artist and professional debunker Harry Houdini, supplied the magazine’s investigation with star power. Though, in deference to the man’s rigorous schedule, Houdini would not be brought in until the other judges completed preliminary investigations. The “scribbler,” Malcolm Bird, was an employee of the magazine. Not formally part of the committee, Bird served as liaison between the publication and the judges and was considered to have sway over their opinions.

Three judges of more privileged origins rounded out the committee. William McDougal, a British psychologist, currently chaired that department at Harvard and had previously been president of the ASPR. The physicist and engineer Daniel Comstock hailed from blue-blooded Newport. Another Englishman, Hereward Carrington was a honey-tongued and debonair psychic researcher with a sideline in stage magic.

It had been less than a year since the “deceased” Antonio Silvano had sprung off Marcus’s operating table, the final straw in a series of unusual experiences bringing Marcus to the American Society for Psychical Research. In that short time, he had found a niche. Within a society dominated by psychologists and parapsychologists, with a healthy sprinkling of journalists, clergy, and physicists, Marcus’s expertise as a physician offered an invaluable perspective on investigations.

In addition to several poltergeist debunks like the one just concluded, he had spotted patterns of bruising explaining how alleged physical mediums moved tables or other large objects with knees, legs, or forearms. Familiarity with the physical indications of mental illness occasionally allowed him to assess cases of so-called possession missed by the psychologists.

Sometimes, his role involved debunking his colleague’s attempts at debunking. In particular, many of his fellow investigators, some of whom were married and presumably should have known better, had unrealistic notions about the sort of equipment a fraudulent medium might conceal within her anatomy to aid in trickery.

“Dr. Prince will see you now,” one of the society’s secretaries informed Marcus. For all the value of his medical expertise, he remained a small player in a much larger organization. So it came as a surprise when the society’s research director had asked to meet with him at headquarters.

The secretary led him into an office where Walter Franklin Prince sat behind his desk. The man reminded Marcus of a silver-haired tree trunk. His eyes blended intellectual agility with the solid pragmatism of the Maine farmer he’d once been. Marcus squirmed uncomfortably, feeling awkward in the presence of a giant in in the field of paranormal research. In his long career, Prince accrued a reputation not only for resourcefulness and determination but personal bravery, the celebrated debunker of the “Antigonish Hoax.”

In 1922, already in his late 50s, Prince journeyed to a remote farmhouse in Antigonish County, Nova Scotia. Traveling the last 20 miles by sled, he intended to confront an especially angry poltergeist. In addition to violence, the alleged spirit’s proclivities including starting fires and terrorizing people. Having already chased away a long list of investigators, it was claimed no one could successfully spend a night in the farmhouse. Some of the fleeing investigators, rumors said, had required recuperation at sanitariums following the experience.

After rigging the farmhouse with devices which would indicate any human agency behind the haunting, Prince spent the night there with only a revolver and camera for companionship. The following morning, Prince emerged unscathed and with his sanity intact, pointing a finger at the family’s troubled daughter as the true Antigonish poltergeist.

“Dr. Roads,” Prince began, “it is a pleasure to meet you finally. I hear very good things about your contributions to the society. I understand you are a physician?”

“And you reside in Boston, Marcus?”

“Yes. In addition to having a private practice there, I am a surgeon at Massachusetts General.”

“What do you know of Dr. Le Roi Crandon?” Prince asked, inquiring of Margery’s or, more properly, Mina’s, husband.

“He has a reputation as a solid physician. He’s generally well liked by colleagues.” For a moment Marcus’s inclination toward privacy, and to respect the privacy of others, warred with his desire to please Prince. “But that are stories the man is something of a playboy.”

“The serial marriages, you mean?”

Figuring in for a penny, in for a pound, Marcus continued passing on hearsay. “More than that. If you believe some people, he works a lot of late hours that have nothing to do with medicine. If you take my meaning.”

“The Margery Case and the Scientific American investigation. But what does her husband’s private life matter?”

“Perhaps nothing. Hopefully nothing,” Prince clarified. “But if there is willful fraud, understanding what the motives might be can give you an idea of what to look for.

“Marcus, I’m going to level with you. I have serious concerns regarding how this investigation is being conducted. Several of the other judges, including members of our society, are lodging with the Crandons when they are in Boston to investigate Margery and have become quite friendly with them socially. In any other kind of scientific or legal endeavor, that would constitute a clear conflict of interest. Dr. Roads, if we want to be treated as a science, we have to act like a science.

“As someone who lives in Boston and has entre to Dr. Crandon’s professional circles, I want you to be an extra set of eyes and ears for me. If you hear anything of interest, I want you to pass it along to me.”

Marcus did not relish the idea of spying, either on a senior colleague in medicine or on his fellow society members. Still, he saw the matter from Prince’s perspective. The results of the investigation would reflect directly on the ASPR. If something questionable occurred, Prince had an interest in knowing about it. Hesitantly, Marcus nodded.