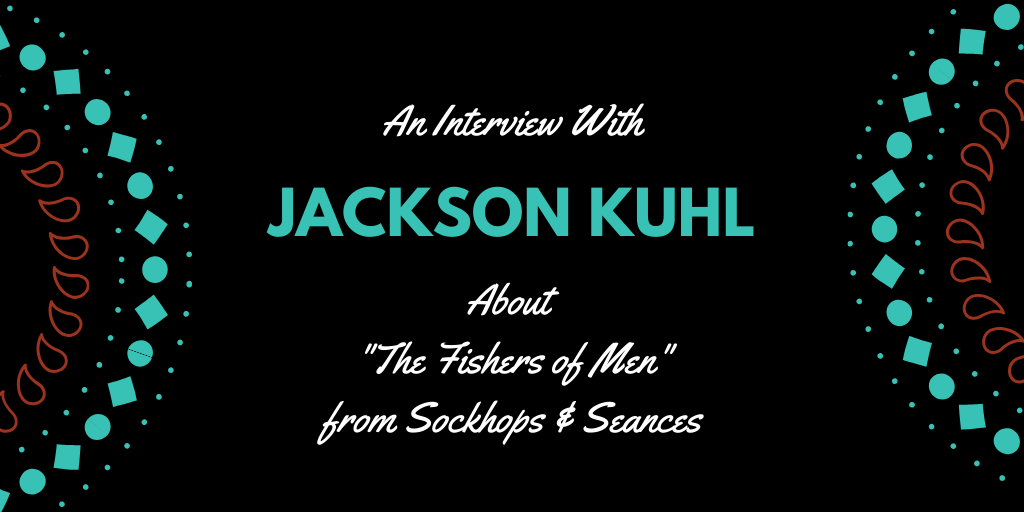 The Fishers of Men: a Sockhops & Seances Interview with Jackson Kuhl!

Please tell us a bit about your story. What inspired it?

The great thing about writing historical fiction is that the well of inspiration is bottomless. Wherever you live, there’s some bit of surrounding history largely unknown outside of the area which can make a great basis for fiction. Whether it’s a local ghost story or a legend about a cryptid or even something non-Fortean like a grisly murder or some natural phenomenon, if you fall deep enough down a rabbit hole you can usually expand its contents into a narrative.

My formula for story writing is to take two or more unrelated strings and twine them together into something new. Because of our relatively high population density here in Connecticut, over the years the state has created a number of reservoirs to supply water to nearby cities, and because this involved damming rivers, sometimes towns in the valleys were lost beneath the waves. In “The Fishers of Men” I list a bunch of places throughout the US that were drowned in real life, but I don’t mention even half the areas that were flooded in Connecticut alone.

Without giving away too much, Connecticut has another bit of history that I knitted into “Fishers.” The best part of weaving disparate threads together is seeing how they prop and support each other, often to the point where you can’t imagine them happening separately.

Setting is crucial in my fiction, and setting, of course, isn’t just a place but also a time. Typically dismissed as an interstice between World War II and the convulsions of the 1960s, among other things the 1950s saw Americans re-embrace the leisure time and recreational spending that had been abandoned since 1929. People started taking vacations again or jumped in the car for day-trips. They bought outdoor grills and dressed casually on the weekends. This rediscovery of relaxation became a third thread for me in “The Fishers of Men” — what happens when a weekend fisherman buys a cabin on the shore of a newly created reservoir, under whose waters the past may not sleep easily?

If you want to catch up with me on the intertubes, you can find me at jacksonkuhl.com or @jacksonkuhl on Twitter and Instagram.