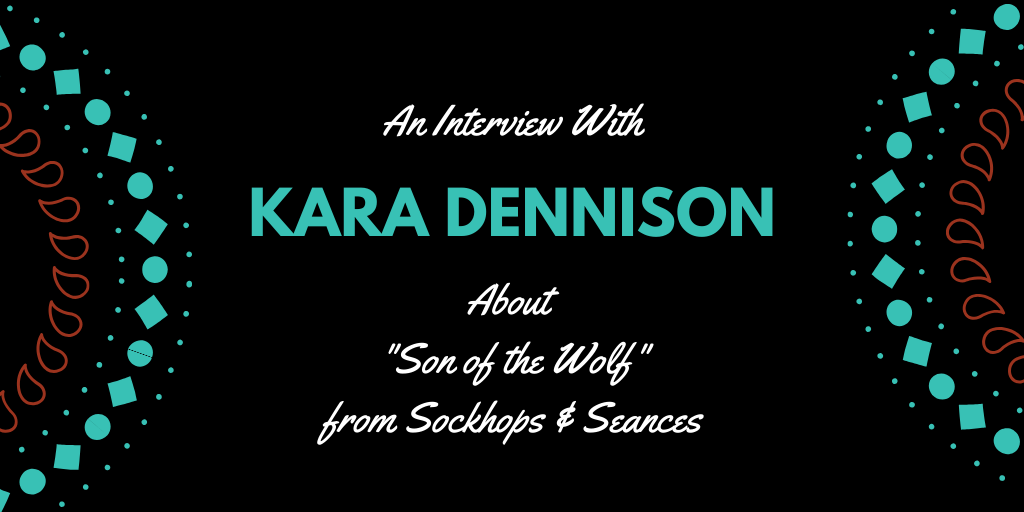 Son of the Wolf: A Sockhops and Seances Interview with Kara Dennison!

“Son of the Wolf” is, in short, “What if a roller coaster was haunted by the vengeful ghost of the coaster it replaced?” In less short, it’s a pair of twin sisters investigating a haunted amusement park ride: Lily, who’s very logical and down-to-earth; and Heck, who believes in Every Paranormal Thing and believes herself to be a psychic or doom prophet or something (depending on the day and her mood).

What inspired “Son of the Wolf”?

I was equally inspired by two pairs of real roller coasters. The Beast and Son of Beast at Kings Island inspired the overall naming convention and the idea of a “sequel” coaster, while the Big Bad Wolf and Verbolten at Busch Gardens Williamsburg inspired the actual events. The Big Bad Wolf was a fan favorite that hadn’t seen much turnover, and there was a bit of a to-do about its closure in 2009. Verbolten really does pay tribute to its predecessor in a lot of the same ways the fictional coaster does.

I’d had the basic concept floating around in my head for a while, but nowhere to use it. When I decided to pitch to Sockhops & Seances, I thought that might be worth a try; I’d been watching a lot of Defunctland and had that sort of vintage amusement park vibe in the back of my head. I did some research into what sorts of coasters were around then, and discovering that the first full-sized steel coaster was built in 1959 ended up being a perfect jumping-off point.

As for Lily and Heck, I always imagined them being played by one actress in a sitcom or movie of the time, a la Patty Duke or Hayley Mills. I think that’s part of why they’re ridiculously polar opposites as opposed to just a bit different. But they ended up being really fun to write. I’d intended them to be one-off characters, but I’d love to revisit them.

The mid-20th century was such a formative time for genre entertainment, especially as we see it on film. I’ve watched and read a lot from that time period, but I’ve never actually played in it as a writer. I love going back to this era because this is where a lot of our trope creators live — here and into the 60s. That, and I just love the overall aesthetic of sci-fi and horror from this era. So much of it is still very playful, even if it ends up getting dark.

I’m always writing geeky stuff for Crunchyroll and Fanbyte — mostly about anime, but I also cover games and Western entertainment on occasion. I’ve got a blog at karadennison.com and a couple more long-term projects: Altrix Books (altrixbooks.com), a publishing imprint I run with Paul Driscoll; and Owl’s Flower (owlsflower.com), a series of light novels I write with Ginger Hoesly. If that’s still not enough, I tweet @RubyCosmos.