We’re pleased to present our next excerpt from Sockhops & Seances – an exclusive look at Jon Black’s “Totmann’s Curve.” Hot-rodding teens awaken an eldritch racer, putting them into a race for their lives. 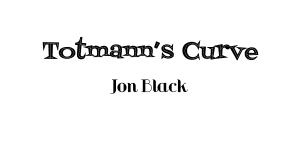 It didn’t start with the ghost. It started with Joe, Egg and me in my family’s garage. Joe and I had just popped the hood on my ‘52 Pontiac Chieftain. Egg sat on the workbench, chewing gum as she read. Her legs, sticking out from under her plaid skirt, dangled over the edge as her feet kicked in time to the Chordettes pining for “Mr. Sandman” over the car radio.

Reaching into his shirt pocket, Joe pulled out a Lucky he’d filched from his old man. Then, striking a blue tip on the heel of his work boot, brought the blazing match to the cigarette. Dangling it from his lips, he peered under the hood. I had upgraded the factory straight-six engine to a more powerful straight-eight and wanted Joe to look it over.

“You finally got a real engine in this thing, Sam.” Joe sounded less pleased than you would think. “But you’ve got to treat it right. A decent engine that’s well maintained and properly adjusted will beat a good one that isn’t. If you want to win more races, you need to fix the timing,” he said, reaching into the engine bay.

“See where my finger is?” Johannes “Joe” Tegeler pronounced “finger” as if it rhymed with “stinger.” Although it had been a century since immigrants from lands now split between East and West Germany had settled the Texas Hill Country, some families still spoke German at home. The Tegelers were the only ones I knew personally. They’d moved to town from the deep hills to give their children a better shot in life. Joe spoke perfectly good English, but with an accent turning some sounds hard that should have been soft and other things soft that should have been hard.

“So, is everything set for new route?” Joe asked as we worked.

“Almost, I’m going to do one more drive through. Make sure I haven’t missed anything dangerous. And Walter still needs to finalize everything with Old Man Daniels.”

“I hate that we’re working with that bastard.”

Joe laughed. “Either. I meant Daniels, though.”

“I don’t like it either, but we need to keep Johnny Law away.”

Everybody’s got their thing. For Joe, me, and plenty of other kids, it was racing. Road racing. As you’d expect, a place called the Hill Country has some pretty good driving. We used to race the backroads a couple of miles outside of town. Then, in June, two kids punched each other’s tickets while racing there. The authorities came down on us like a gross of bricks. This being Texas, it didn’t help that one of the dead kids had been the high school’s star running back. Anyway, if we wanted to keep racing, we needed to do it someplace the law had trouble reaching.

“You’ll see,” I teased Joe. “It follows the river most of the way. I made sure it was someplace that has good curves and a nice straightaway. And I packed in a few surprises. You’ll like it. Oh, and it’s a little longer than the last circuit, closer to six miles than five.

“So, say an average of seventy miles an hour, that’s…”

“Five minutes, eight seconds,” Egg volunteered before either of us did the math. We looked up at her. The top of Egg’s glasses and her long black ponytail were barely visible above her comic book. FREAKSHOW COMICS it proclaimed in wild letters across the cover. Below, it pictured a rampaging doctor with wild eyes and green skin holding a butcher knife while chasing a busty nurse.

“Why does a smart girl like you read that crap, Egg?” Joe asked.

“It’s more interesting than anything around here,” she replied. “And it beats reading Silas Marner.” Egg wasn’t just smart, she was the kind of smart that prefers math and science to English and civics. “Egg,” of course was short for “Egghead.” Marner, her current assignment in Mrs. Stigler’s English class, vexed Egg. “Besides, why do you have to smoke that stuff?” Egg threw the question back with a disapproving look at Joe’s cigarette.

He shrugged. “I guess it beats reading Silas Marner, too.” We all laughed. I wasn’t sure if Joe had any idea who or what Silas Marner was. But he knew a running gag when he heard one.

The door to the house opened and Mom came out, still wearing her apron. She carried a pitcher of milk, three glasses, and a plate of chocolate chip cookies.

I sprang from the Pontiac’s side and intercepted Mom. Planting a kiss on her cheek, I took the plate. Yeah, I was happy to see her, and her cookies, but I was really running interference. I had to keep her attention while Joe crushed out his smoke and Egg stashed her comic.

“I thought you kids might want something to eat,” Mom said. “Your father has…gone to bed early…and I need to check on him.” She turned her attention to Egg. “Eleanor, stay as late as you want. When you’re ready, Sam will drive you home.” That wasn’t the kind of thing mothers said to a girl hanging out with two boys in 1955, so I should explain. Eleanor Eierkopf was my cousin; our moms were sisters.

I gave Mom another kiss on the cheek before she went back to the house. That was my way of keeping her spirits up, just like the cookies were her way of doing the same for me. Once she was gone, Joe and I returned to the Pontiac and Egg resumed reading her comic book.

We all groaned as the radio launched into Pat Boone’s “Ain’t That a Shame?”

“Don’t they ever play anything cool?” Egg wanted to know. Joe and I had been to a record party where somebody played Fats Domino’s original, so we knew how big the difference was. Egg apparently had heard the original too…and shared our opinion.

“Not as long as Mr. Weidner’s in charge,” I answered. Sonny Weidner, station manager for KJZT-AM, wasn’t a bad guy. He went to our church. Certainly he wasn’t like some station managers I’d heard about who wouldn’t allow records by black musicians. But he insisted on “family friendly” music. And that did not include Fats Domino’s sultry drawl, a voice that made you want to dance real close with somebody.

Things were a little better on Friday and Saturday nights. Friday, after the Junzt County Barn Dance, was Sheldon “Showboat” Smith’s “Record Show.” That late, even Mr. Weidner was willing to loosen the rules a bit. Showboat at least got into some real rock ‘n’ roll: Bill Halley, Chuck Berry, Elvis Presley. Still, anything smacking of s-e-x or, worse yet, hot-rodding, was strictly verboten. Saturday night was a live set by Jay Clay and His Cavaliers.

That triggered a thought. “You want to hear some real rock ‘n’ roll, come out to first day of races at the new site,” I told Egg.

“I know. Jay Clay and his Cavaliers are playing,” she replied dreamily. “Did you know he’s opening for Elvis when he comes through in October?”

We knew. “Jay’s only told us about thousand times.” Joe smiled.

After Joe and I worked on the engine a bit more, he walked across the street to his house and I drove Egg home in the Chieftain. Its engine purred. Joe’s mechanical knack hadn’t done me wrong yet.

“Sam, are you doing the right thing? After what happened to those boys in June?” Egg asked as we pulled up to her house.

I had been going over the same thing in my mind for months. I gave her the same rambling answer I kept giving myself. Nobody forced us to race, I told her. We did it because we wanted to. We knew the risks. Though every racer’s reasons were different, we all came to the same conclusion: life with racing was more tolerable than life without. Yes, someone could get hurt, even killed, again. But we needed the thrill, the experience.

We sat in the Chieftain for a long time, both of us knowing that our homes, while occupied, were very lonely. Though cousins, our connection had become more like siblings. Once, both of us had been youngest children. But polio got Egg’s sister. Six months later, a Soviet-made surface-to-air missile got my brother, Charlie, in the sky over some Korean town I couldn’t even pronounce.

Egg’s home life had been crap ever since. Her father hid in his work as a psychiatrist at Koenigsburg State Hospital and professor at Goethe College. Her mom pretty much just checked out of life. I got off a little easier. Mom was holding up okay. But Dad spent a lot of time sleeping. Even awake, he didn’t do much besides railing against the Commies. Egg and I relied on each other because we didn’t have anyone else.

Driving back to my house, I thought about the answer I’d given Egg. If Johnny Law just wanted to keep kids alive, did that make us the Bad Guys? Maybe. But even if we were Bad Guys, we weren’t bad guys. Not all of us, anyway.

What lurks on the race track?

Who is the ghost?