We’re pleased to present our next excerpt from Sockhops & Seances – an exclusive look at David M. Hoenig’s “Khloros.” Two young boys, caddies at an exclusive golf course, investigate strange things in the woods. Can their friendship keep them safe? 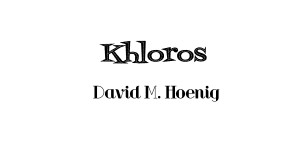 The night that Avi Danowitz and I fought for the first and only time, the sky was that special kind of dark which comes with the new moon, a lack of light pollution, and a scrim of cloud which made the stars seem inattentive.

I set my root beer float down on the counter with a clank, and looked at my best friend. “So, what’s this secret already?”

I’d met Avi, the first non-black friend I’d ever had, about two months ago when my mom had moved us from Atlanta, Georgia to what she called “the Holy Hinterlands of Hallelujah!” (it had turned out to be Monticello, New York) in June, 1957. He sat with a straw between his teeth, lips wide in a grin.

“I got a bunch of secrets, Joshua. Which one you want to hear first?” It was quintessentially Avi-like to drag this out as much as possible.

“What are my choices?”

The decision was immediate; I knew I’d get a chance to tell him who I’d worked for today. “Who?”

“I’ll give you a hint: what’s the difference between in-laws and outlaws?”

His timing was perfect, and I snorted ice-cold root beer out my nose all over the counter.

“Sheesh, Donnie,” Avi said to him. “Don’t be an actual jerk to Joshua, it was my fault. I’ll get it if you give me a damp towel.” Then, to me he said, “You’re my best friend—I’ll always have your back, okay?”

By the time the stinging in my nose faded enough for me to open my eyes, the counter was restored to its pristine state. “Maybe my back, but not my sinuses. Heck, Avi, I thought you Jews were supposed to be charitable and kind to others?”

He chuckled. “And I thought you Southern Baptists were used to being under water?”

I rolled my eyes.

“Fine. I caddied for Buddy Hackett himself. That gem was one of his famous ones.”

“Really swell. Plus he told jokes the whole time.” Avi looked at me and grinned at what he saw on my face. “Okay, out with it Joshua—who’d you caddy for?”

“Damn! How do you know me this well after only two months, Avi?”

“Are you kidding? I’ve known you all my life, pal—it’s just that we only met two months ago. Anyway, who?”

“No bunko? You caddied for Lucille Ball? She’s a legend on the course.”

I reached into my pocket and pulled out the sawbuck that was burning a hole there. Avi’s eyes widened, and God help me, I loved his reaction. “She doesn’t go out on the course, just the driving range, but she told me she always insists on a caddy anyway. She sliced one so much it went sideways past two other golfers and into the parking lot where it knocked Rabbi Spielman in the shin.”

Avi let out a hoot of laughter and thumped his hand appreciatively on the countertop. “Did she yell ‘Fore!’ when she did it?”

He laughed even harder, and I had to ask him why. He gasped out the answer. “She… his… fore-shin!”

Then we were both off and well and truly cracking up. When the ridiculous hilarity finally died down, I got back to the rest of the story. “So when the ball went wild, she said that it was her favorite and she could tell which one it was. When I brought it back, she gave me this crisp ten dollar bill. When I said I’d never held one in my hand before, she said ‘Oh! We’d better get you used to them!’ just like she might’ve said to Ethel, and then she gave me another one!”

Since each of those only cost a dime, it seemed reasonable to me to splurge for the drinks. “So what’s the other secret?”

He leaned close to me and pitched his voice so low I had trouble hearing it. “Found something out on the course.”

What did Avi find on the course?

What caused Joshua and Avi to have their first and only fight?