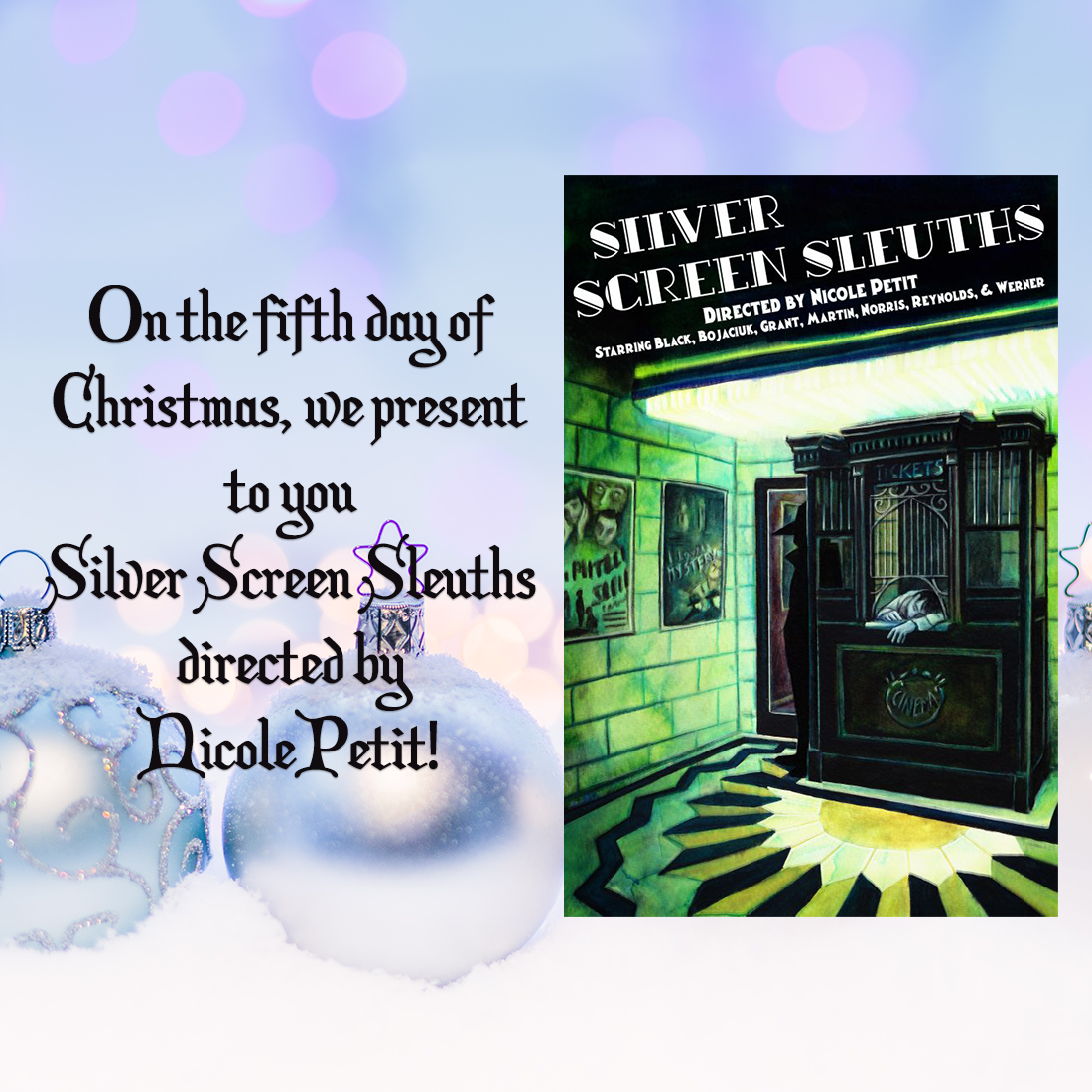 8 days ’til Christmas and we’re back! Everyone’s wishing for silver and gold, and today we have both – mysteries set in Golden Age Hollywood, featuring the stars of the Silver Screen. It’s Nicole Petit’s anthology, Silver Screen Sleuths!

Settle in by the fire (or your TV’s Yule Log) as you ponder greater mysteries than “What’s under the tree?” It’s Nicole Petit’s Silver Screen Sleuths! 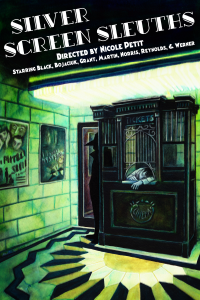 Basil Rathbone plays a game of deduction and death against a madman who is convinced he’s as good as Sherlock Holmes. Errol Flynn crosses swords with men who take his star-power a bit too literally.

Ginger Rogers, Lucille Ball, Jimmy Stewart, and Henry Fonda have a double date with murder in the legendary Coconut Grove. Shirley Temple pays a diplomatic visit to East Berlin as plans for a German super-communication device are stolen, and a little girl is caught in the crossfire.

A paranoid director tasks Vincent Price with discovering why a dead man was found in his temple set. George Zucco’s latest low-budget western is interrupted by murder – and the ancient cult that may have committed them. Margaret Rutherford tangles with ghosts and Nazis at a stately manor home where all may not be as it seems.

We asked Nicole Petit some questions about Silver Screen Sleuths

Silver Screen Sleuths is an anthology of mysteries set during the golden age of the silver screen,  an era of Hollywood that is roughly considered to have started in the 1930s and lasted on through the 1950s. It’s a period known for its studios and their stars. Each story in Sleuths sets those stars (or in one case a director) smack in the center of a thrilling mystery.

Oh, plenty of reasons, really! I’m fascinated by the studio era of Tinseltown, and I’m most definitely not the only one.

Stories about Hollywood stars solving mysteries isn’t new, in fact it was pretty popular during the golden age itself. I own a copy of a book from 1942 called “Ginger Rogers and the Riddle of the Scarlet Cloak” which was part of a greater collection that included famous icons from Roy Rogers to the fictional Dick Tracy. Those books took popular icons of the time and marketed Nancy Drew sorts of fictional capers. But the real people behind those stage personas are also a treasure trove of inspiration for all kinds of mysteries. 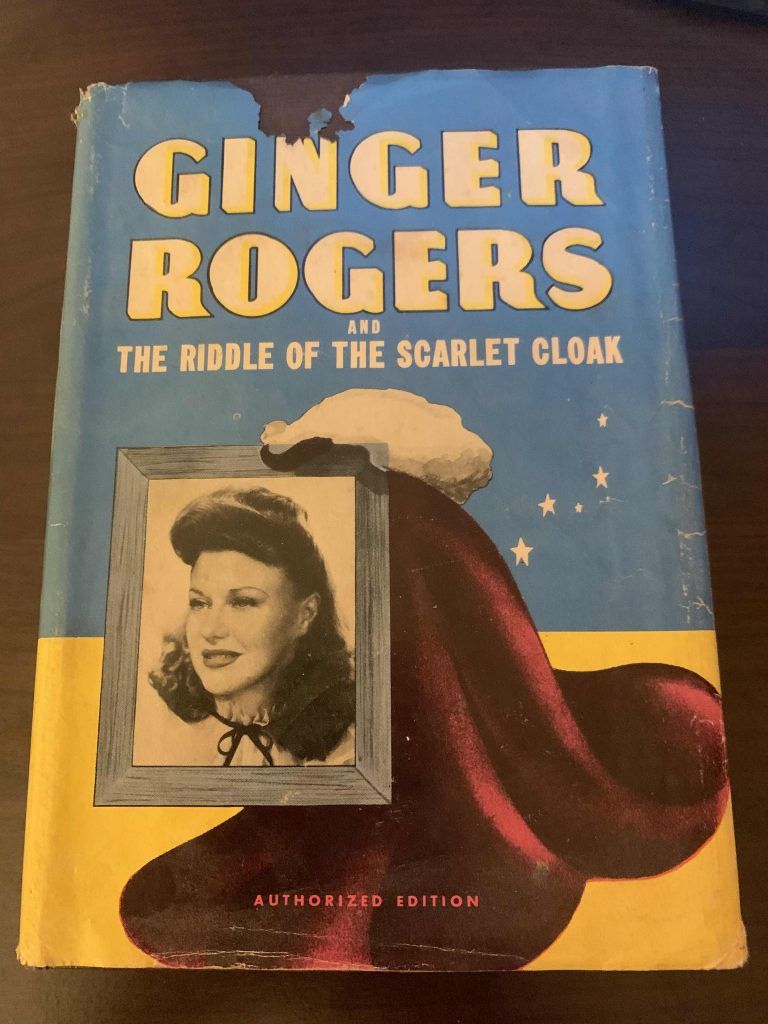 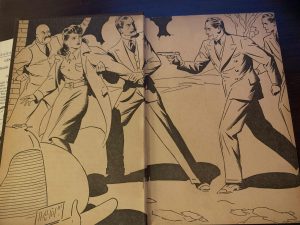 Underneath all the Hollywood glamour there’s intrigue and turmoil and tragedy, and that juxtaposition sets and interesting stage for a whodunit.

Can you walk us through this book? What should readers expect?

Readers should expect stories that draw inspiration from the real lives of the stars of Hollywood’s golden era and the characters they played, always keeping a respectful balance between the two in the way historical fiction should. We’ve got mysteries ranging from the good old classic murder, to stolen macguffins, to uncovering a literal cult of personality.

Are there any movies readers should watch to get in the mood for Silver Screen Sleuths?

If you want a good Silver Screen mystery that would set the tone well for the stories to come you can’t go wrong with the Thin Man series. I’ll also give a few recommendations to get a feel for the main players in each story.

It’s pretty convenient for Josh’s story that it takes place during the filming of Green Hell. I highly recommend watching it before reading.

Sherlock Holmes and the Voice of Terror (1942)

This is the first Sherlock Holmes film set in the 1940s. This changed the pace and style of the films considerably, bringing them more in line with Jon Black’s story.

Very similar to the smash-success The Thin Man, this detective duo movie teams Ginger Rogers with William Powell. The repartee flies faster than the bullets.

Since this is the Books of Christmas, and It’s a Wonderful Life is one of Jimmy Stewart’s best known roles, there’s really no other movie I could recommend.

The Adventures of Sherlock Holmes (1939)

Zucco would become almost solely known for his villainous turns, which makes his appearance as Sherlock Holmes’ nemesis invaluable viewing.

Shirley Temple is almost exclusively known for the parts she played as a child. So, for M.H. Norris’ story, I’d like to draw attention to a part she portrayed as an adult (as directed by John Ford, no less). And what do you know, you get to see Henry Fonda appear alongside her.

William’s story is based on the production of the real life unfinished sequel to Footsteps in the Dark. Unusually for Flynn, this was a lighthearted comedy mystery film, perfect for getting into the mood of Silver Screen Sleuths.

John’s story presages Rutherford’s role as Agatha Christie’s Miss Marple, so there’s no better place to meet her than her first appearance as the character.

WE WANT TO THANK Nicole Petit FOR ANSWERING OUR QUESTIONS.

Silver Screen Sleuths is available in both print and as an ebook.

TUNE IN TOMORROW TO SEE WHAT OUR sixth BOOK OF CHRISTMAS IS!