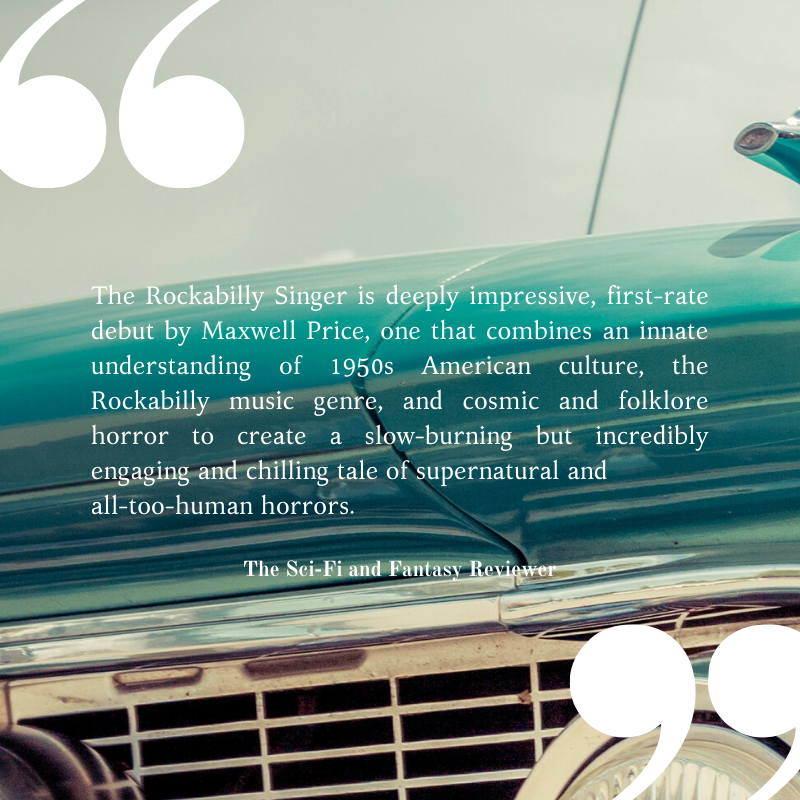 Cecil Jones is an aging boogie-woogie piano player scrounging for gigs in the mid-1950s. So when one of his old bandmates calls with an opportunity to make some money backing one of those hot new rockabilly singers, he catches the first train to Memphis.

Cecil hasn’t been back to the south in years, but he soon reconnects with his old comrades. There’s Big Jim, a towering wild man who thumps a killer upright bass, and Junior White, a cranky guitarist who tolerates playing rock-and-roll for an easy paycheck. With help from a teenaged drummer, they form a lean, mean rock-and-roll band behind Bucky Bennett, an odd-looking hillbilly who just might be the next Elvis or Jerry Lee.

Bucky has talent like you’ve never seen. Not for singing or playing, mind you, but for holding an audience at rapt attention. It’s uncanny. Those kids dancing…why, they’re almost in a trance, or something like it.

Not all rockabillies get to the big time without hitting a few bumps in the road, though. Like having to cover for Big Jim, whose outsized appetites might throw his bandmates’ fortunes back into the gutter. Like dealing with all of those morbid dreams, snatched out of restless nights, saying how the good times never last…

It’s the past that does the most damage, however. Especially a past filled with missing patches and dark secrets. That kind of past haunts musicians, but Bucky’s is darker than most. Bad record contracts were just the beginning.

Now that he’s going places, something has followed him out of the past, and it’s closing in on Bucky and his band.

Be the first to review “The Rockabilly Singer” Cancel reply