A tabletop RPG that takes you and your friends into the perilous depths of the fourth dimension! 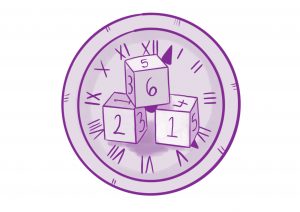 All of time and space are calling you. The only thing you can’t do—is wait. 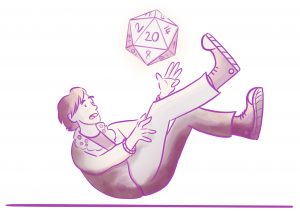 Time is the last great mystery. You aim to solve it, or at least explore its majesty. Time traveling is more than a simple die roll—an entire system that pulls you into the dangers and drama of traversing the fourth dimension: operating the devices on board and staving off the corrupting influence of paradox. Dare alien landscapes to refuel, hurry to repair your engines as enemies close in, and discover the secrets that may be lurking deep inside your time machine. 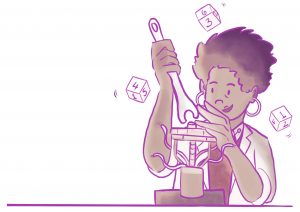 Time is endless possibility. Build a time machine that’s unique to you and your party from a robust system offering 378 mechanically different conveyances. Devices range from a Victorian Apparatus, all burnished brass and shining quartz, to a motor vehicle that blazes into time—or wilder units like spacetime gates or magicians’ boxes. 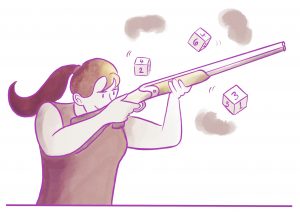 Time is an adventure. Race across the sinking decks of the HMS Titanic. Battle pirates on the high seas, an unimaginable treasure in the balance. Investigate the most haunted manor in Victorian London. Duel treasure hunters as they pilfer history.

Beyond time, the party has a refuge. Whether they were born there or arrived on their own, the Travelers share a home, which can be situated anywhere in time and space from ancient Rome to the depths of future space. Before venturing out, players define their relationships to each other. Are they rivals, siblings, exes? Between journeys, they can build a home worth remembering.

Paradoxes & Possibilities has everything you need to play right out of the box (except for your trusty dice and friends):

Paradoxes and Possibilities uses all of the conventional polyhedral dice, particularly d20s and d6s. 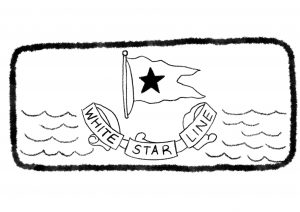 At the request of an organization of time travelers, the Travelers chase a master thief through her own tangled timeline. Soon stranded aboard the HMS Titanic, the players meet real people on the great ship’s first and final voyage, and face hard choices about their best course of action. As the water rises, time is not on their side. A perfect adventure for new players. 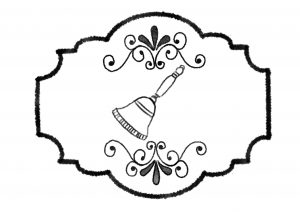 The Nameless Horror of 50 Berkeley Square by Georgia Cook

While working the gaslit streets of Victorian London, the Travelers are accosted by a panicked man. His fiancée has disappeared into 50 Berkeley Square, the most haunted house in London! They must save her! The party will face terrors, paradoxes, and worse in an adventure which combines survival horror, dungeon crawling, and a gothic touch. 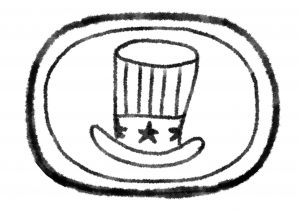 On a deadly cold night during the American Revolutionary War, the Travelers find themselves trapped on two sides of a conflict. Half the party must lead a daring escape from a Hessian prison, while the others join George Washington in his Christmas crossing of the Delaware River. Will players create a legend, or be lost in the snow? 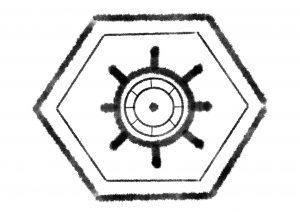 When the pirate Olivier Levasseur was executed, he threw a necklace to the crowd.  “Find my treasure, the one who may understand it!” he shouted. As the Travelers venture back to the Golden Age of Piracy, the Travelers end up embroiled in a conflict between pirates and privateers—solving cryptograms and deadly puzzles along the way. 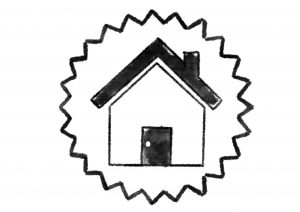 Caught up in an alien invasion and one time traveler’s attempts to fix it, the Travelers learn adventure begins at home in an alternate starting adventure. 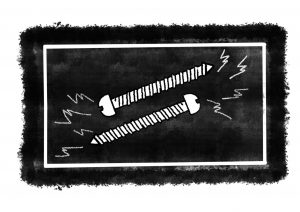 History is wrong: the creations of Mary and Percy Shelley, Lord Byron, and John Polidori have been altered. A mysterious woman begs for the Travelers’ help; her nephew has gone missing, fleeing into the past. Following these threads, Travelers arrive in Geneva, 1816, joining a summer party consisting of some of the greatest writers to ever mortify the page. Here, Mary Shelley was supposed to create Frankenstein. Byron and Polidori were supposed to co-create the modern vampire. But now a powerful anachronistic figure holds court among them, and he has a new vision for horror.

Travelers have the opportunity to play out that summer, following the attendees’ actual day-by-day schedule, as derived from Polidori’s journal and Mary Shelley’s memoirs. The players will immerse themselves in events—and fight in a series of social battles to set history to its right course. Using innovative tracking systems, players will see their influence wax and wane over the historical figures—and history.

But there may be far worse terrors awaiting the Travelers…

Ghost Stories also includes printer-friendly tools for tracking the status of the major NPCs, as well as a supplement giving guidance for using the optional rules in the campaign.

James Bojaciuk is CEO Duobus of 18thWall Productions. Obsessed by history, mystery, and the hidden corners of our world, it was perhaps inevitable he would co-create something like Paradoxes and Possibilities. He is responsible for too many short stories, a handful of novellas, and the forthcoming novel The New Adventures of Iris Wildthyme: The Vampire Mutations from Obverse Books. He won Best Steampunk Short Story from the 2017 Preditors and Editors Readers Poll. He has previously written TTRPG material for Glittercats Fine Amusements and ATB Publishing.

Sophie Iles is an artist, author, and once-upon-a-time animator who has a love for the Arthurian legends, RPGs, 80s movies, and Doctor Who. Her writing includes “A Single Wolf, Grey and Gaunt” (found in 18thWall Productions’ Sockhops and Seances) with a novel trilogy currently in process, featuring a historical sequel to the Holy Grail Legend. She has also written for Big Finish Productions. Her Doctor Who Short Trip “Master Thief” was released in October 2020 featuring the original incarnation of The Master, and she also recently wrote for the Bernice Summerfield Christmas Collection. In August 2022, Sophie’s first full cast audio drama “The First Day of Phaidon” released as part of Gallifrey: War Room 1 Allegiance. Sophie’s art has found internet acclaim after creating an A-Z Doctor Who Charity Stream on Twitch in support of FareShare UK and raised $4,762.

Dana Reboe is a Canadian writer and aspiring Narrative Game Designer from Toronto who loves all things geeky.  When she isn’t writing you can often find her nose deep in a fantasy novel, watching old Doctor Who episodes for the billionth time, or playing Dungeons and Dragons.

Georgia Cook is an illustrator and writer from London. She has written for publications such as Baffling Magazine, Luna Station Quarterly, and Vastarien Lit, as well as the Doctor Who range with Big Finish.

She also frequently writes and narrates for horror anthology podcasts such as Creepy, The Other Stories, and The Night’s End.

M.H. Norris is an award-winning mystery writer. Most recently she’s released the Big Finish Doctor Who Subscriber Short Trip, “Crime at the Cinema.” She considers herself both a fan of, and an expert in, the genre of mysteries and has happily made it her home. She’s looking forward to the upcoming release of her mystery series, All the Petty Myths. Along with all this, she’s written three books, around a dozen short stories and easily hundred of articles that float around the internet. She would also like you to know that she watches entirely too much television.

Working primarily from a 24-hour coffeehouse in Austin, Texas, Jon Black writes award-winning historical fiction (which is kind of like time travel, right?), including the Arthurian-anchored Bel Nemeton series (with individual works earning “Best Thriller Novel” in the Critters Readers’ Choice Polls in 2018 and 2020) as well as the jazz-infused 1920s supernatural mystery Gabriel’s Trumpet.

Black has been playing roleplaying games for nearly 40 years, game-mastering for 35 of them.  He is the creator of The Harrowed Hearts Club for Steve Jackson Games’ GURPS system, a sourcebook for bars, clubs, and music venues for campaigns in any timeframe or genre, including four premade adventures. Additionally, he authored numerous features appearing in Steve Jackson Games periodical, Pyramid.

In his admittedly sparse free time, Jon works as a freelance journalist and music journalist. 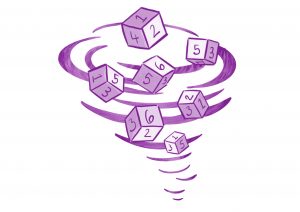 PURCHASERS ON 18THWALL.COM RECEIVE THE BOOK IN PDF, MOBI/KINDLE, & EPUB. Character sheets, adventure hand-outs, and other resources are contained in the same ZIP folder.

Be the first to review “Paradoxes and Possibilities” Cancel reply