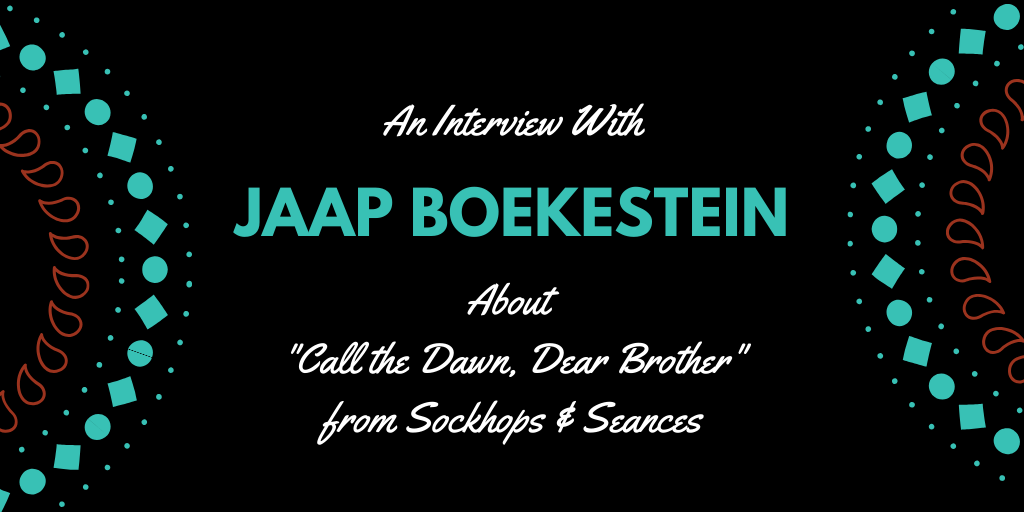 Please tell us a bit about “Call the Dawn, Dear Brother”!

Weird is a very fine line to walk. The publisher called for 1950s weird stories. Not horror, not fantasy, but that undefined twilight space in between: weird.

“Call the Dawn, Dear Brother” is the tale of a horn blower to play an instrument on a party  in 1950s Las Vegas, the years atomic test took place. Nothing more, nothing less, just a gig.

Or is it? Aren’t the things just a little bit off kilter, strange, curious…weird?

No, of course not. Just a wild night in Vegas. Because it’s Vegas. With A-bombs…

I once read an article about the A-bombs tests in the 1950s near Las Vegas. The flashes of the detonations were a big tourist attraction and people flocked to the still pretty new Las Vegas. On it’s own that’s pretty weird, but I wanted to add a meta-layer, something mythological. That part was inspired by Irish Celtic and Norse mythologies, maybe inspired by Oppenheimer’s famous quote of the Hindu scripture, the Bhagavad-Gita.

At one hand you have the 1950s, which were very much about science, progress and machines. On the other hand there are myths of those years, the archetypes. Trying to combine those two in a new way, was a very fun challenge.

And somehow I kept seeing dancing teenagers in my mind. I suspect that’s from an overdose of Grease.