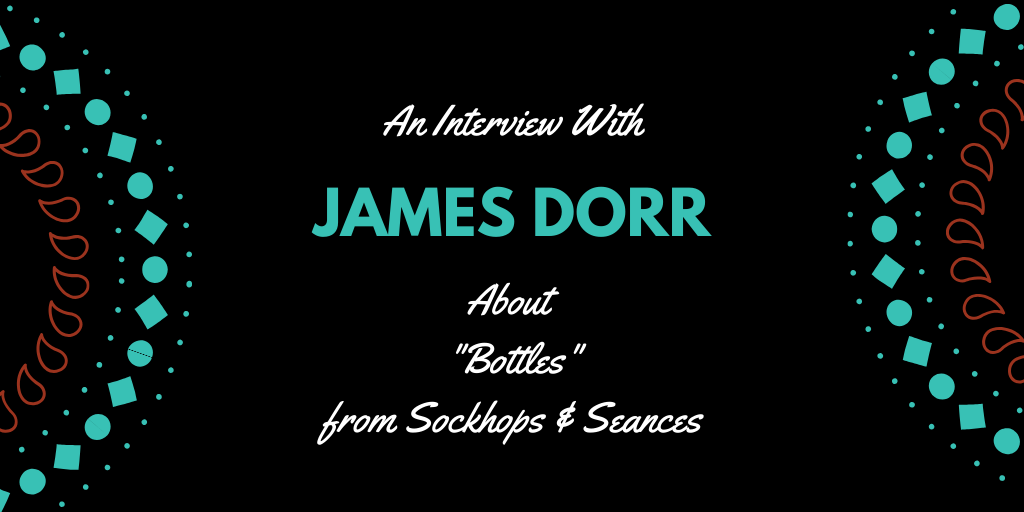 “Bottles” is about a young Puerto Rican woman during the Cold War in 1958 Cambridge, Massachusetts.  Employed as a maid by an elderly man with what sounds to her like a Russian accent, she becomes suspicious, only to add to her apprehension when she sees the books in his library on subjects like witchcraft, superstition, and vampires.  And then there’s that strange room on the third floor, where she isn’t supposed to go, that’s filled with shelves and shelves of bottles.

The original inspiration for “Bottles” came from a book on the history of American penal practices.  Its protagonist is a reform school “graduate” who, if she doesn’t do well on her job, is faced with the prospect of going to prison.  Worse, she’s also a Puerto Rican during a time when failure to conform to a white middle class ideal could result in accusations of unAmericanism or worse – despite the fact, in her case, that Puerto Rico is itself a part of America. Thus the challenge: to write a story where the protagonist faces a danger, but does so from a position where almost everything else is against her as well. Then for the setting, I happened to live in Cambridge myself from late 1959 to mid-1964, in the final summer on the ground floor of a “three-decker” in rooms similar to the ones Maria has in the story.

“Bottles” was submitted as a reprint, originally published in 2004 as well as in my collection The Tears of Isis in 2013.  What struck me, though, when I was selecting the stories for Tears was how similar the darker societal aspects of “Bottles” were to those under the surface in 2013, and possibly even more so today.  Substitute the Middle East for Communism; the Mexican border for Puerto Rico – plus ça change, plus c’est la même chose – but of course the thing is that not everyone buys into these fears or ideas, either then or now.  And that is what attracted me to Sockhops & Seances, the “caution” areas in the guidelines, that such things as the “Red Scare” were simply aspects of a more deeply rounded society, that “[b]igotry is not the default of history . . . keep in mind, this should be treated meaningfully rather than as extraneous, exploitative, or a given.  . . .We’re far more interested in nuanced portrayals of people than stock types.” And so society too, I would say. I think that “Bottles” is worth reprinting in part as a mirror, in which we may see ourselves reflected in what were not cliches back then either, and especially from the guidelines’ “small print” I felt the emphasis on historical accuracy not just of details but a whole milieu would make “Bottles” a good fit.