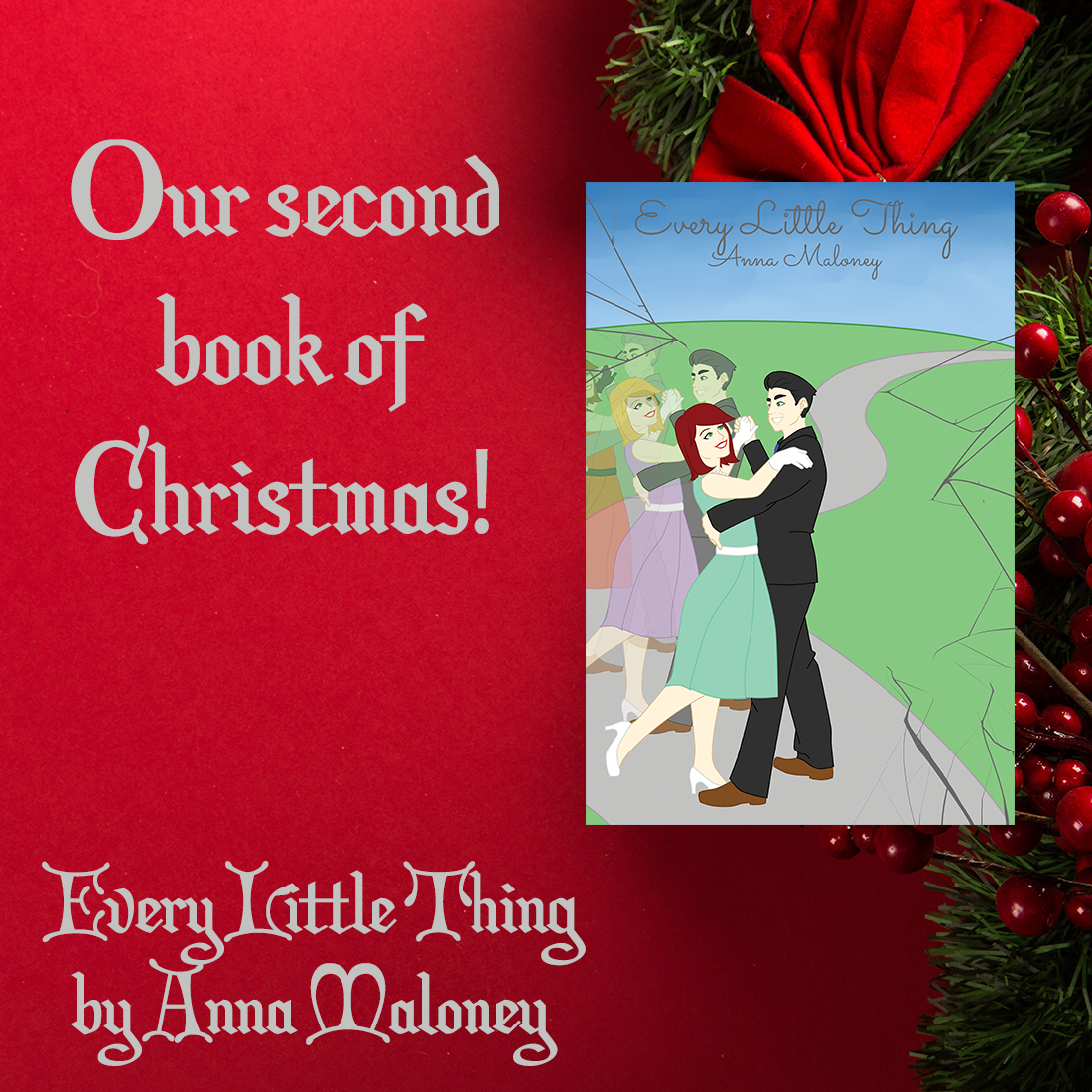 Anna Maloney ushers in the Second Day of Christmas with Every Little Thing!

11 days ’til Christmas and we’re back! Today we’ve cued up Brenda Lee so we can rock around the Christmas tree with our first Atomic Age novel, Anna Maloney’s Every Little Thing! 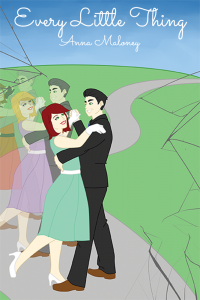 There’s no one like Anna Maloney. From her ability to write so fast-and so good-I get whiplash, to her beautifully explored characters, you know a story she wrote on sight. I’m excited to be able to chat with her more about it!

But first, what is Every Little Thing? Check out the description below.

“You’ve got to be on your toes. You seem to be the only one who isn’t forgetting anything.”

There was a slight pause. “How can we be sure of that?” she asked in a shaking whisper.

Lois McCarthy is like any other housewife in Rose Park – organized, attentive, and sweet. Lois’ attention to detail aids her in many aspects of life. Until she seems to notice slips in time, her family’s personalities distorting, and her own past rearranging itself around her.

When you can’t trust your eyes, your ears, and your own memories, what is there left?

This story was inspired by the original prompt to write a 1950s horror story. The more specific aspects, like setting it in a Suburbia and using an unknowable force as the monster so to speak, come moreso from what I personally find scary. I have always thought that living in a suburban development, surrounded by identical or nearly identical houses, isolated from the rest of the world except by car, to have a unique aspect of horror to it. Whenever I visit one to see someone who lives there, it’s uncomfortable.

Sure, the houses are usually very nice, but I hate that I know that house’s layout is identical or mirrored to the houses around it, and that it’s usually in what feels like the middle of nowhere. Especially at night, it’s isolated, and uncomfortable. As for the ‘monster’ of the story, which is never identified in the text, I was inspired by the concept of the base fear of being out of control and not knowing what to trust. Other fears like fears of the dark are inspired by that base fear of the unknown. I included elements of characters not being able to trust their memories, senses, other people, or themselves, because that elicitthe strongest sense of a lack of control and feeling that you don’t know what is around you.

I don’t think I have a favourite part, but one of the ones I really like is the key and flower situation a little more than halfway through the book. Mild spoilers: Lois and Paul both have a set of car and house keys, and they’re differentiated by one having a P keychain and one having an L keychain, for Paul and Lois respectively. Lois is always sure to give Paul his keys before he leaves, and they both keep theirs in their keybowl. Halfway through the story while Lois is getting dinner ready, she uses her keys to unlock the door to the back porch to let her daughter Mary play outside in their back porch. She locks the door again and puts the keys in the bowl, but stops, and looks into the bowl again.

The keys have a P on them – even though Paul is at work. When Paul comes home, she notices with an icy sensation of fear that the flower she’d plucked from her garden, which only contains blue blossoms, and tucked onto his ear that morning was now red. She freaked out but managed to smooth it over with Paul by saying it must have been a red flower from their neighbor’s garden that she got by accident before he got too suspicious, and asked him to go upstairs to get their other daughter Linda for dinner while she took the keys she was carrying to go unlock the back porch door and get Mary. After Paul is upstairs she looks at the keys in her hand and drops them: they have a P on them, and the keys in the bowl have an L.

But she knows the keys in the bowl earlier had a P. This is one of the moments where it’s something really small that happens, and Lois is forced to question whether or not she’d actually seen Paul’s keys earlier, and whether or not she’d actually accidentally plucked one of the neighbor’s flowers. It’s so small and centralised to her that it really calls into question whether she can trust her mind.

You created a truly romantic relationship, something many writers struggle with. What was the key?

I’m not sure exactly what to say for this, except that I wrote them the way I’d want a relationship to be if I were in the characters’ situation. I didn’t want their relationship to have any unnecessary stress or drama because the horror and conflict of this story is supposed to come from their environment and the unknown force manipulating them, not from they themselves. While other characters had relationship issues that would come up in the story from time to time, I wanted Lois and Paul to really care about and love each other.

Lois and Paul were best friends first, and that led to them being so close and trusting each other so completely. Lois’s trust in Paul faltered at first, and she didn’t tell him about what she was experiencing at first, but he understood why and they were able to keep on each other’s side through it. I guess the main way I tried to show a romantic relationship was by depicting them as being friendly and interested in each other beyond just romance, trusting each other deeply, while still having them interact in romantic ways because they are still truly in love. The key is that they’re best friends with romantic benefits, not just romantic leads who don’t trust each other enough to let the dramas of the story come between them.

I always hate it when characters who are supposed to be romantically involved with each other and care about each other are shown to doublecross the other, not trust them, or hurt the other one ‘for their own good’. If they were really romantically involved and cared about each other, in the realm of fiction, they’d be able to find a way around it. Romantic conflict in books exhausts me.

How did you handle combining both the romantic elements of this story and its horror elements?

The romantic elements of this story were meant to balance the horror elements. If Lois’s entire world fell apart and she didn’t have Paul to lean on in the end once all of her friends were compromised, she wouldn’t really have any reason to go on. You wouldn’t be able to blame her for having a complete mental breakdown, and she never would have done anything to get everyone out of the town. She also would have never found out that it was isolated to Rose Park, because Lois, like the other housewives, has no real reason to leave its borders.

The story couldn’t be all horror, or the effect would be lessened. There had to be lighter elements and someone for Lois to trust and feel comfortable with, and I thought the most important person that would be with was with her husband. She’s close with the other wives, and they have a strong bond, but they had limited information just like Lois – and your partner is supposed to be your very best friend.

I was able to use the romantic elements with Paul to give Lois a break in the story when she needed it, which added more punch to times where she realised she couldn’t trust her senses or herself. Like I said, if it was just constant waves of disbelief and her perceptions being proved wrong, she would have likely given up, because she’d think there was nothing she could do.

We want to thank Anna Maloney for taking the time to answer  our questions.

Every Little Thing is available both in print and as an ebook.

Tune in tomorrow to see what our third Book of Christmas is!