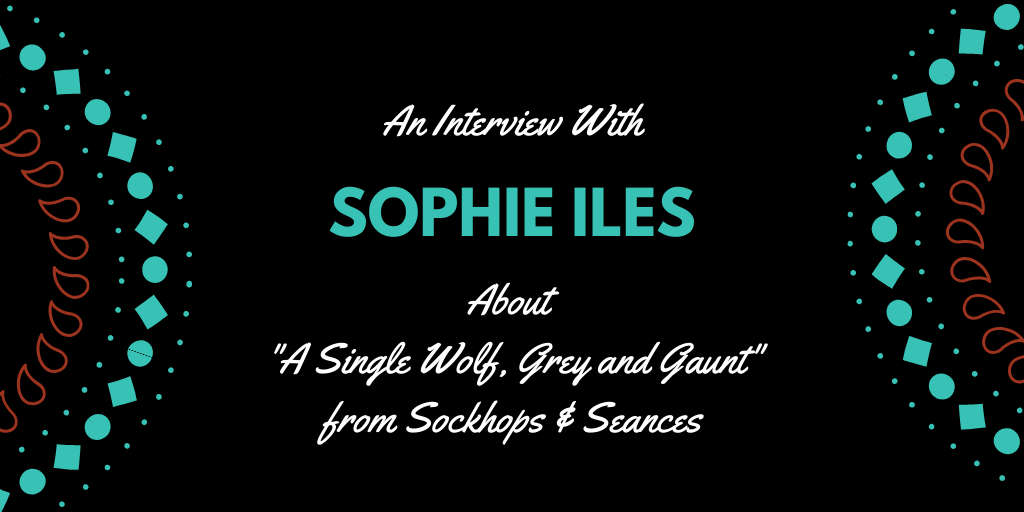 A Single Wolf, Grey and Gaunt: a Sockhops & Seances Interview with Sophie Iles!

Please tell us a bit about your “A Single Wolf, Grey and Gaunt”!

My story is set around a small Cornish harbour town in the later 1950s. It centers around a little boy called Timmy, adjusting to his new life in Cornwall. He’s made a friend, a ghost dog, that he’s named Lancelot after his favourite TV Show. But is his new friend as wonderful as it seems? Who is the American Stranger? Why are children disappearing? What does it have to do with Lancelot or the towns graveyard?

Cornwall itself was the beginning of the inspiration for the story. I have been visiting Cornwall since I was old enough to remember. My parents in particular have always visited Fowey, a small harbour town since my parents were in their late teens as my mum’s family all lived there for decades. Their honeymoon was here, and they brought my brother and I back for every summer ever since.

It’s a very special place to me, and I was here in January last year when the submissions call was made for stories. I just knew I had to write something about Cornwall as for the most part it feels like an authentic town in the 50s, frozen in time.

This particular visit in January we had all trekked down to Par Beach, a large sandy expanse of sand, and my brother was throwing sticks with his dog.  It sparked the idea about a boy and his dog, and as I started looking into more folklore and legends that I wanted to touch upon, it all neatly fell into place after that.

I have and always will be, be fascinated by the history of the not so recent past. An idea that there’s a people I’ve met, with a world and an outlook that was so incredibly different just seventy years ago. Whilst I love all aspects of history, this particular anthology felt like we were brushing out fingertips against something unique and special, something that might as well be another planet.