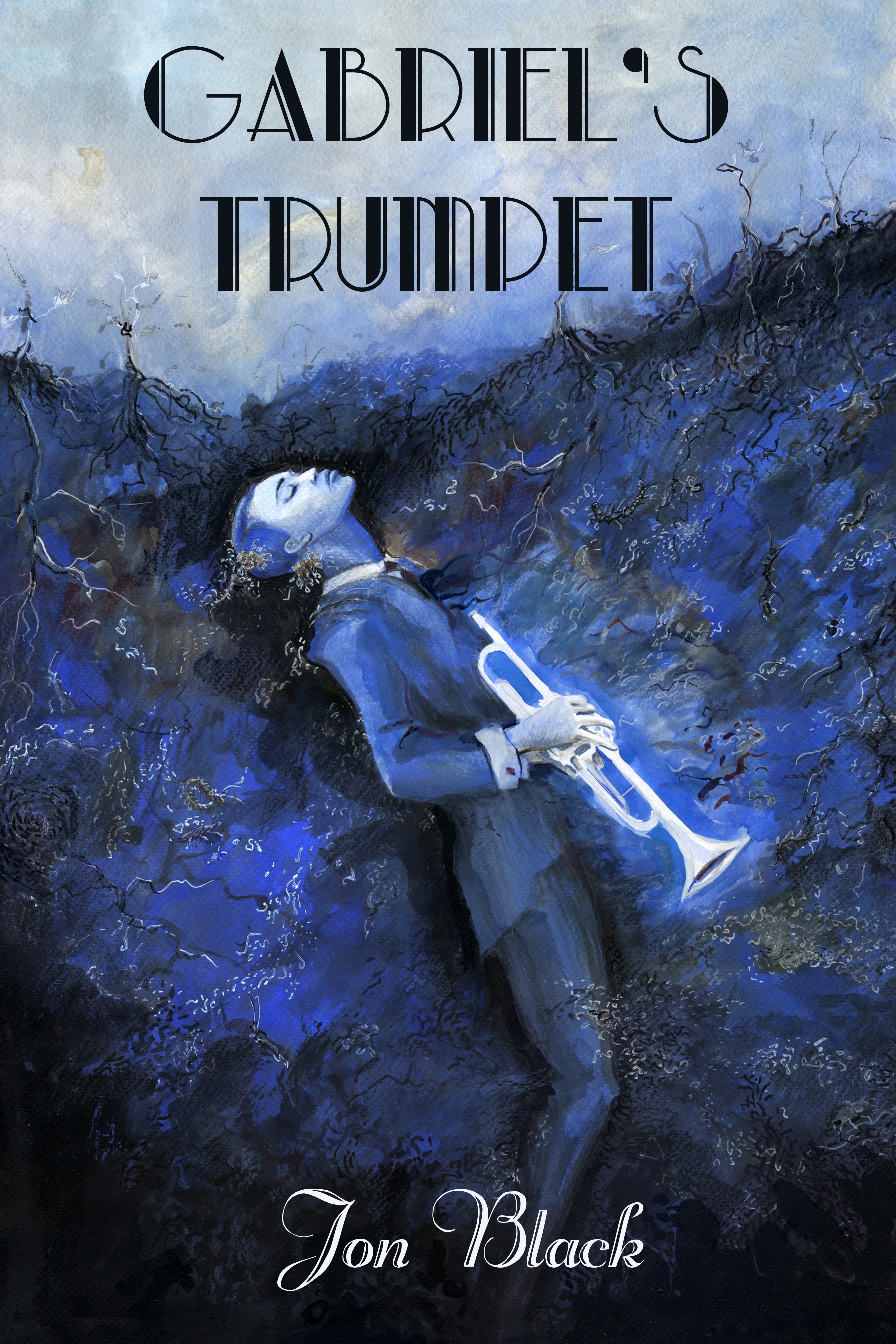 by 18thWall Productions
0
Just in time for Halloween, a spooky historical mystery by Jon Black.

That’s the question confronting Dr. Marcus Roads, physician and investigator for the Boston Society for Psychical Research, in this Jazz Age supernatural mystery. Gabriel Gibbs, a jazz trumpet player, was murdered in New Orleans two years ago. Now, Gabriel is back … with a gleaming silver trumpet and preternatural musical talent.
Marcus’s superiors task him with a high-stakes investigation. Is it really Gabriel? Or is someone (or something) claiming to be him? From tracing the musician’s origins in the tragic Mississippi Delta community of Pilate’s Point, Marcus follows in Gabriel’s footsteps through New Orleans and into the mysterious deep bayous. Ending in Harlem at the height of its Renaissance, Marcus searches its streets for his ultimate goal: a face-to-face encounter with the trumpeter whose life threatens to consume Marcus’s own.
The latest work by award-winning novelist and music historian Jon Black, Gabriel’s Trumpet simmers in the music and musical scene of the 1920s. Having walked in the same footsteps as his characters, Jon vividly brings to life the great locations of America’s Jazz Age, putting readers right in the action alongside Marcus as he struggles to answer two questions…